My son, The Lieutenant, asked for a Thing drawing, and I of course inflated the request. I decided to make a cover. With him fighting someone. Maybe a swarm of aliens. While I'm learning a tablet. Sure.

I made my usual 9 panels of compositions to find the right one. And then I did a large sketch of the one I liked at a size near the finished piece's dimensions. I originally thought of Thing fighting the Brood, but they're so close to Xenomorphs that I decided to go with the latter, since that's what my son was familiar with. 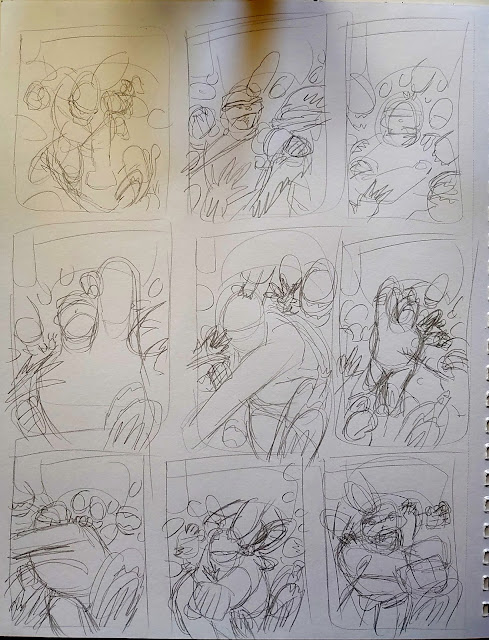 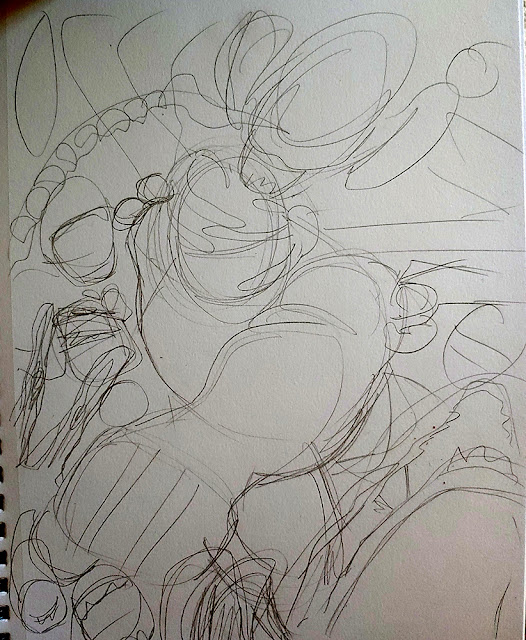 Then I worked up the pencils in a 10x15 blueline frame. There are so many alien variations, and I used an action figure my son has. 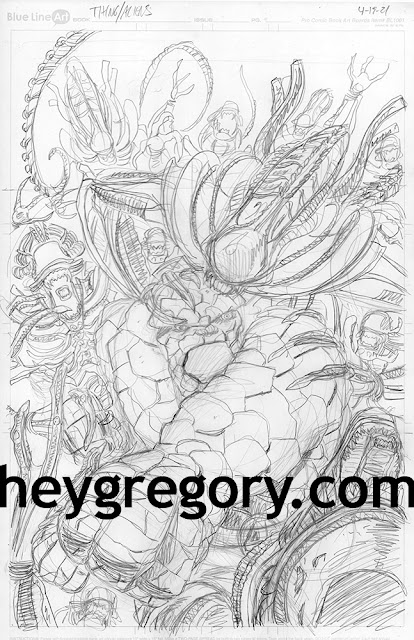 Then I scanned this and inked it on the new tablet. I recreated the Thing cover elements in Illustrator and moved them as an art layer into Photoshop. 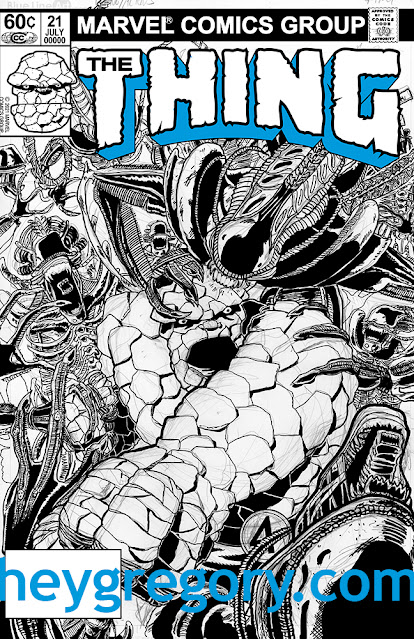 Then I colored. Or tried to. 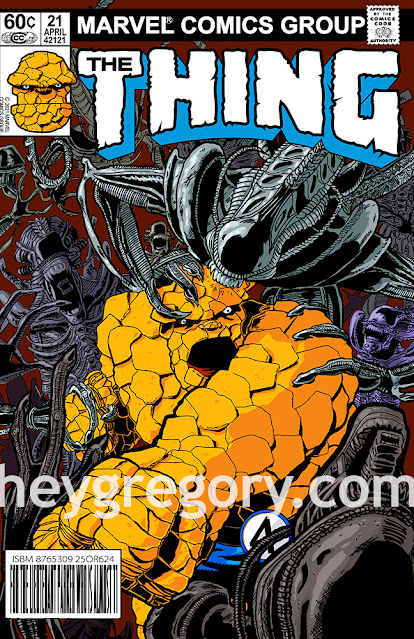 For the upper corner box, I sketched a Thing head and finished it in Adobe. 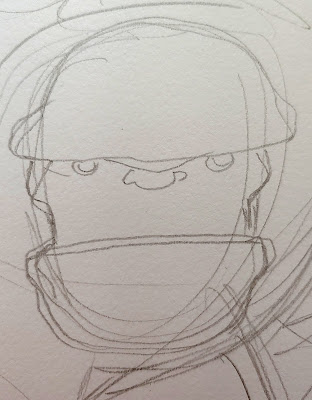 The bottom corner box is a stylized font to look like a UPC code.

I would call this a successful experiment but not a successful product. It feels clunky. The color layering is a throwback, inspired by the '80s comic aesthetic. But I'm getting better at digital inking, and soon I'll move beyond inking in black and into color outlines.