SC Comicon Is This Weekend

To gear up for my sixth year of conventions, I made a collection of artwork that includes preview pages from this year's eMMA comic. 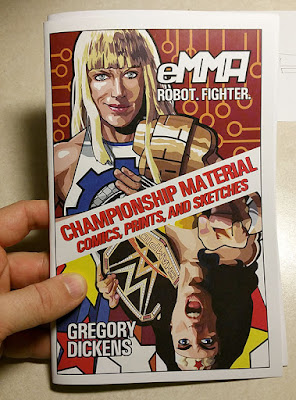 Come find me at table 528! (click image to enlarge) 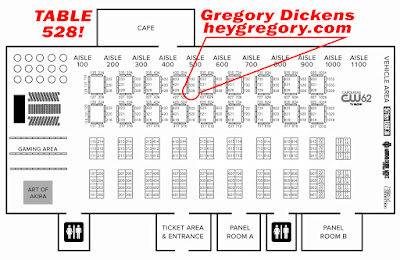 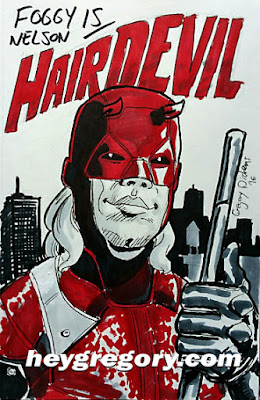 My first con of the year is the first weekend of April in Greenville, SC. This is the third year for SC Comicon, which started at a decent size in 2014 and exploded last year. Great show. Lots of families. The Upstate was hungry for a show of this size and range. I'm glad I got in on the ground floor.

This year, I have a new eMMA comic based on the character appearing in Heroes of Sinclair series (available at Comixology). She's an electronic mixed martial artist, the title holder for SCRAP, the defunct robot fight league, and we're going back in her history. We saw her origin in her minicomic Sinclair series, and this takes place after that but before she joins The Spire, Sinclair's first-responder hero team.

Big stuff happens in that timespan. Lots of bad guys eating lots of rear naked chokes. Like Conor McGregor and Holly Holm. Kudos to Tate for getting a chance to make up for that second round try. Had she lost, that failed choke would have haunted her for years.

I made a new banner to highlight The Year of eMMA, and this is how you'll find me at the April show and my other 2016 appearances.

I'm also of course selling prints (see the new ones here) and sketches, and you can commission artwork now for the April show. Email me if you have any questions.

See you there. Come by my table if you're in costume. Cosplayers get discounts.
Posted by Gregory at 9:17 AM No comments: 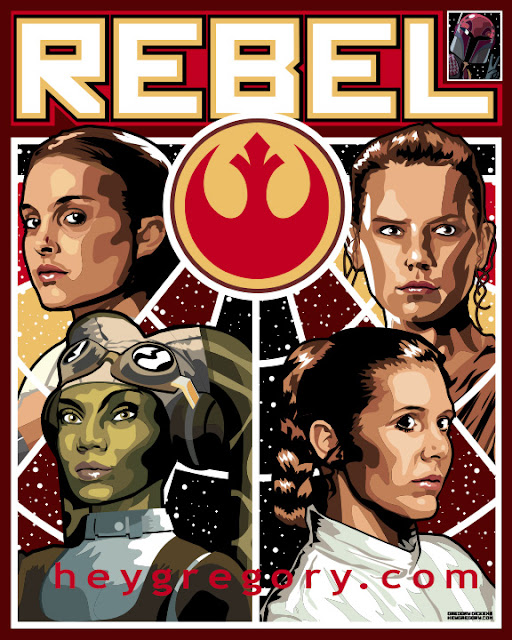 This is my submission to the local Girls on the Run gallery show, highlighting the positive aspects of the organization. I had no clue what to do for months, and then had a brainstorm when we cleared to use pop culture imagery. I slapped this together in Illustrator over about a week, and I'm offering it as a print here and at my convention appearances. First up: SC Comicon next month. Or buy it now at the below link as an 8 x10 and 11 x 17.