Met a guy on Twitter last year, GreekHeat, who asked if I would be interested in drawing up an X-Men comic -- something just for fun as we're both big fans of Nightcrawler. Sure, I said. That sounds cool.

It would also be good exercise for me. When I write my own stuff, I tend to write in my comfort zone on backgrounds and situations. Rooftop hero conversations and the like. When I've had the chance to draw other folks' scripts, they make me branch out and level up.

Also, when someone asks if you want to draw anything X-related, the answer is yes. Always yes.

Earlier this month, I again posted my enduring love for Nightcrawler, and I quickly got a DM saying, "oh, hey, I got the script I mentioned last year." I was all for it. I am currently on page 56 of an original 100-page graphic novel, and I could use the break for all the above-mentioned reasons, but also because I am sick of drawing these people.

He sent a three-pager starring Nightcrawler and Colossus, and it takes place in the mansion, and it includes a mob of mutant kids and a surly Logan. Yes, of course I would draw this. I'm posting the behind-the-scenes art after the story, but let's just jump to the good stuff. 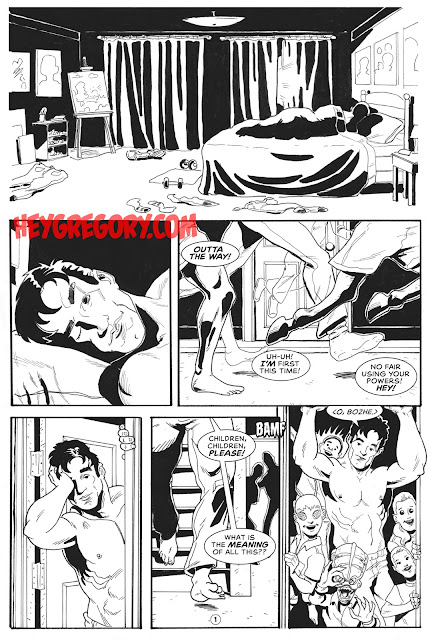 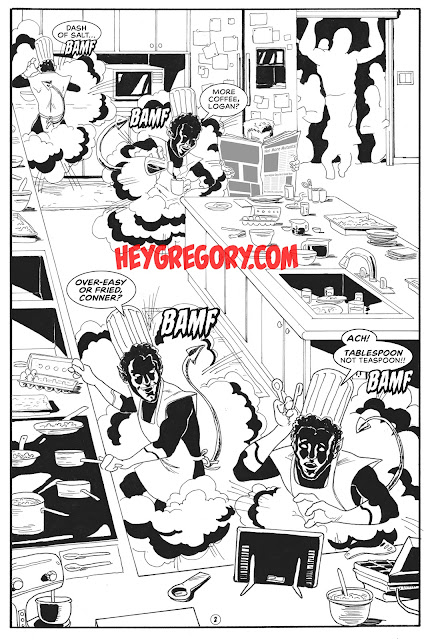 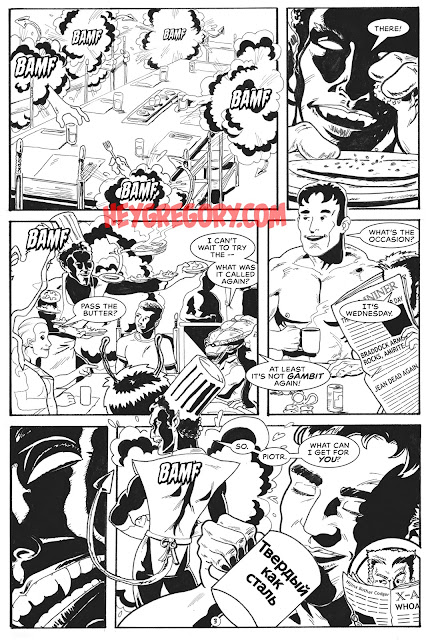 And here's how I did it.

GreekHeat sent me the script via Google Docs, and I started simple page layouts. He had everything broken down by panel and page, making my job 50 percent easier. I sent him the sketches for his OK. 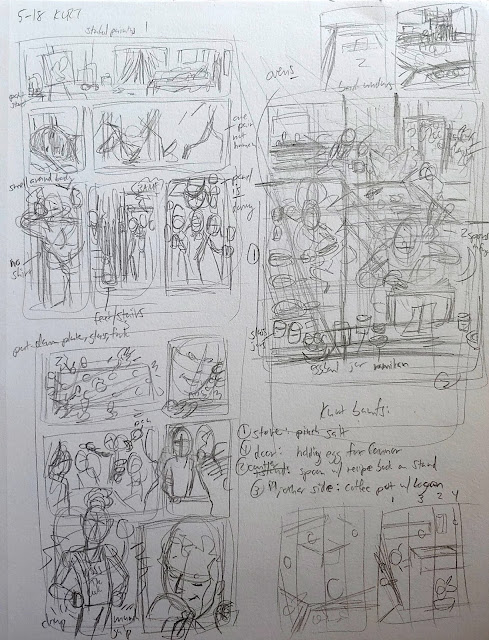 I then got to work on page two, because that one terrified me. Interior perspective? Angled birds-eye view? Gah. 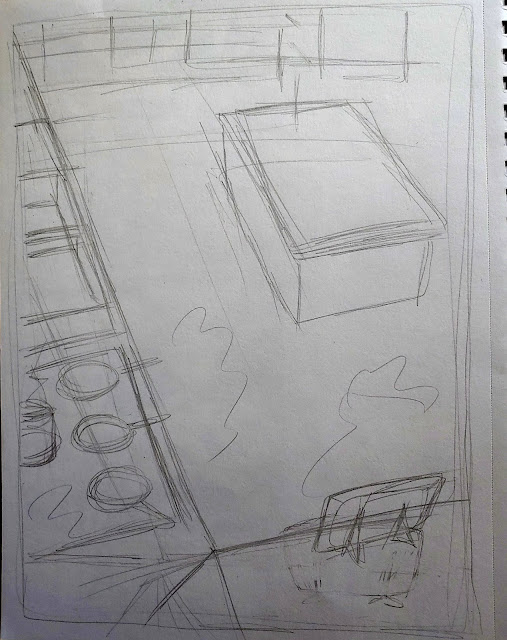 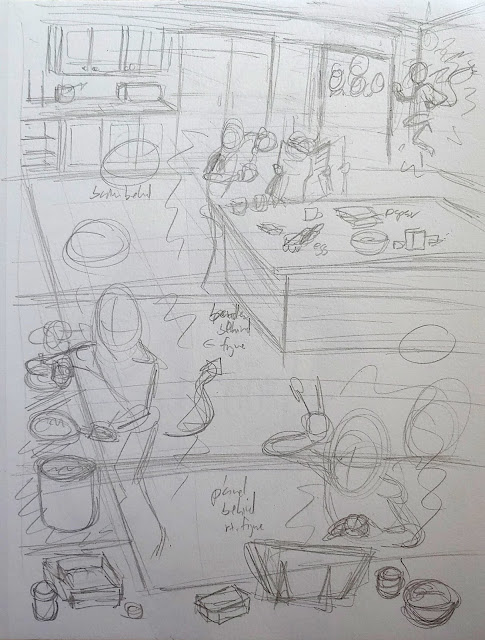 When I felt like I had a splash that included all the script asked for, I moved to tight pencils. 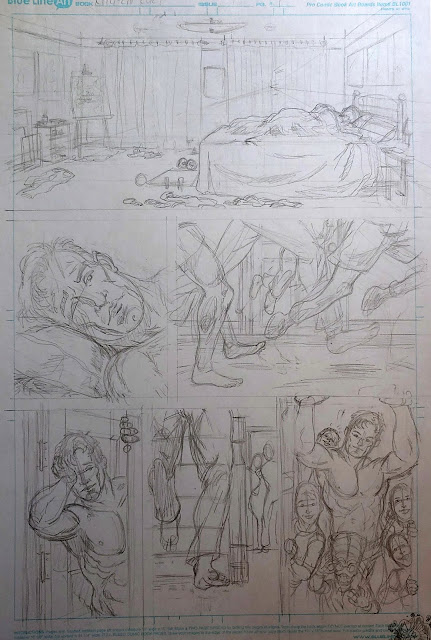 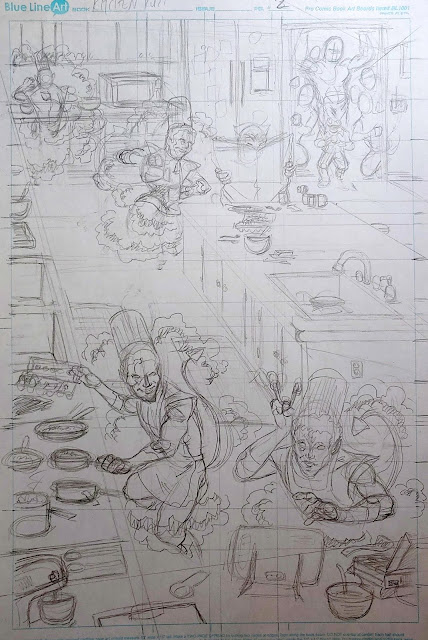 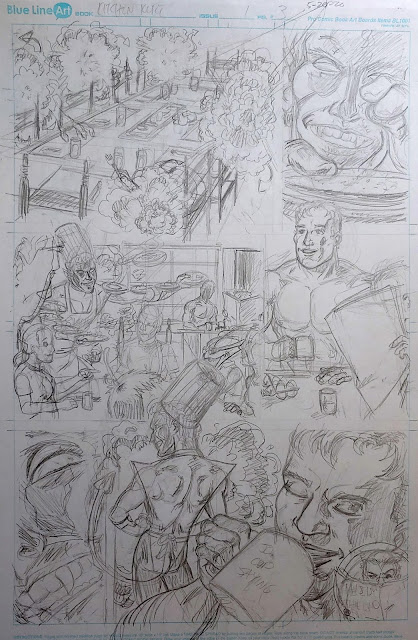 After getting GreekHeat's OK on these, I moved to inks. Amateur Tip: Talk to your writers. Show them your work. That way they know you're making progress, and they can adjust things before you move to inks. Maybe you didn't leave enough room for the word balloons. They can catch stuff like that. Make things easy on yourself. Communicate.

I lightboxed the pencils onto new comic boards and used markers and PITT pens for the inks. After getting the OK on those, I lettered them. GreekHeat had a small change in the dialogue, and I was able to fix that and send it back for the OK. Then we released it into the wild.

I highly recommend this to flex some art muscles and bond with your fellow fans, whatever that fandom is. I can go back to my hack GN with a refreshed eye for camera angles and body language and composition. This has made me, yes, a better artist, and for that I thank GreekHeat.

Also, I learned how I prefer to depict BAMFs. When I tried to copy those of other artists, they all looked flat. I like my BAMFs.

Posted by Gregory at 3:36 PM No comments:

On a GI Joe kick. 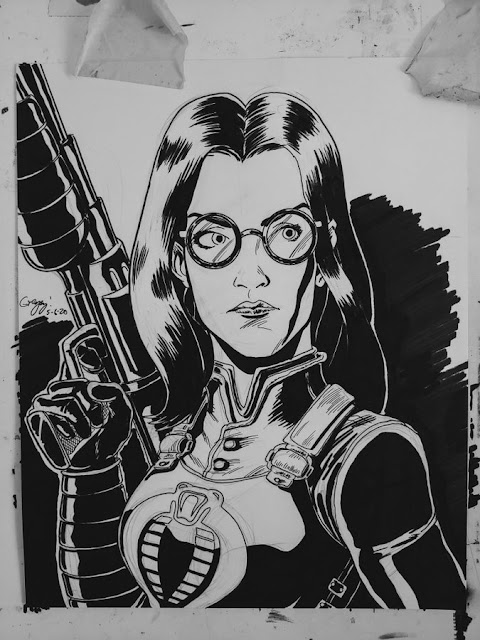 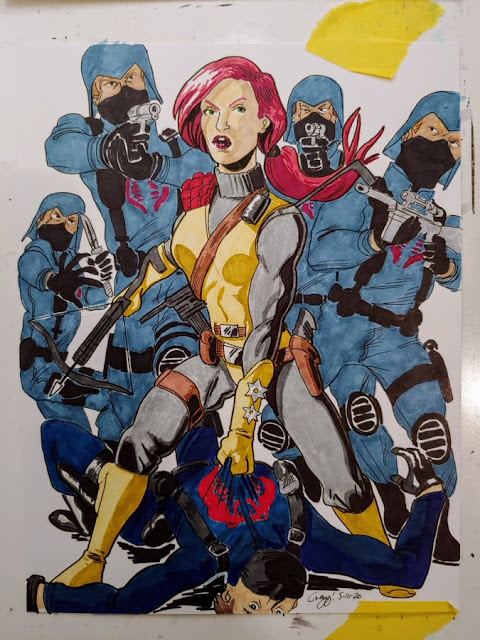