Chris Behrens posted this to my Facebook timeline over the weekend. 'Tis quite awesome. 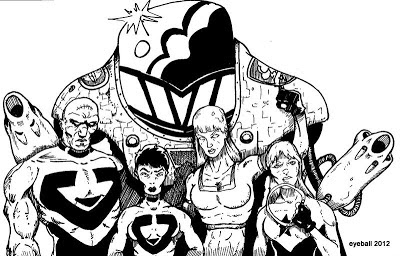 The first Spire team shot is on Battle Royal page 18. 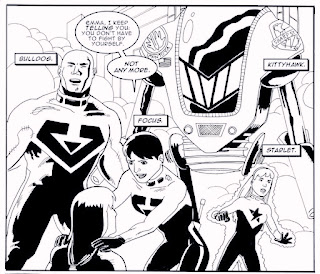 There's also this from Dewey Bass. 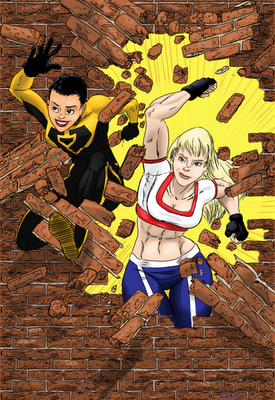 This is an incredibly flattering gesture from both guys. Thanks much!
Posted by Gregory at 7:41 AM 1 comment:

I wanted to try my hand at a Harley sketch, and it blew up into a full page illustration. 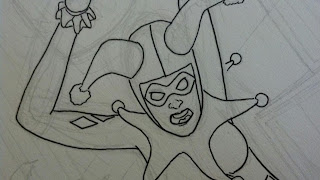 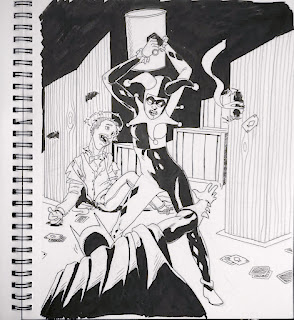 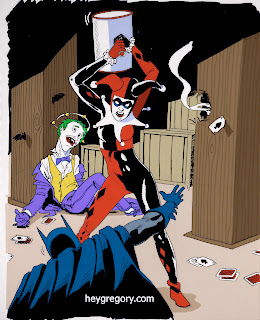 I'm thinking I might refine this a few times and donate it to the 2013 HeroesCon art auction.

Posted by Gregory at 8:01 AM No comments:

I got there at 9:1, giving myself about 90 minutes to set up. I had a great table. I was literally the first person attendees saw walking past the ticket table. Within three kminutes of the show opening, I had sold two sketch cards. 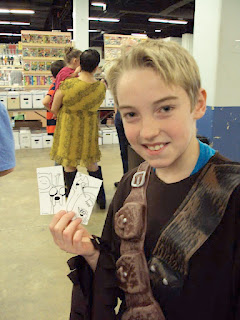 You can see the rest of my pictures here.

I was slammed all day long, drawing cards, selling cards, selling the comics, making the sales pitch on original art and prints, talking to my assistant Tori and her family, taking pictures of costumes... That's boggling. I even had good cell service to run the Square reader for credit cards. An inaugural show with this kind of turnout? And so many costumes? Amazing. It flew by. Suddenly, it was 7 pm, and I was taking my crates back to the car.

I found out I and my comics were mentioned by one of the show's organizers in her newspaper interview. The Comic Envy crew did this right, and I'd sign up for the next show right now.

I have a crick in my neck from drawing in one bad posture position all day, but I can wrap in in all the money I made. I doubled my money bag's contents, and that was all via $3 and $5 increments.

I'm gonna be on this high for days.

I drew a sheet full of characters I only kinda know. 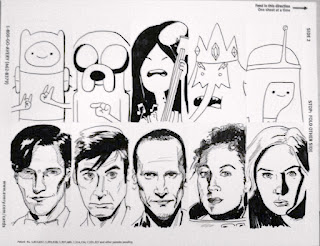 Matt Smith has the easiest face to draw. His eyes are set impossibly wide, his cheekbones are outrageous, and he has my high school hair.

These and others (seen in previous posts) will be available at Asheville Comic Expo.
Posted by Gregory at 6:08 AM No comments:

The Avengers are comin' to the Asheville Comic Expo! Getcher cards for $3 b/w and $5 color! 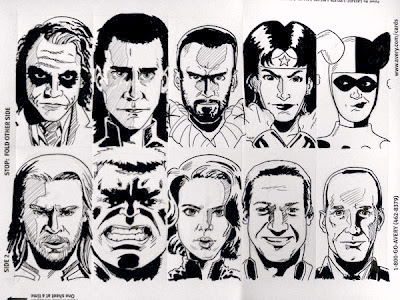 Man, Hawkeye has the weirdest head since Nic Cage.
Posted by Gregory at 6:30 AM No comments: 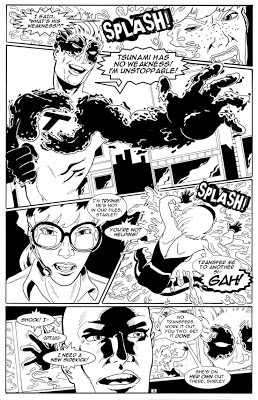 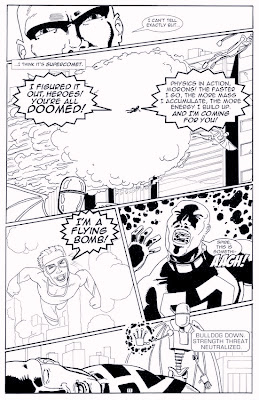 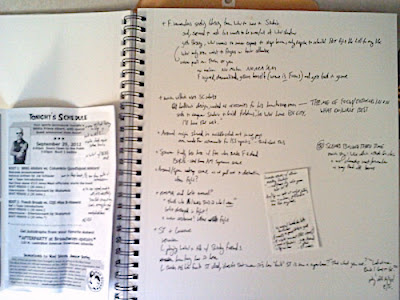 * OK, I did once. A 5.5 x 8.5-inch comic doesn't have bleed. Had I known that, I would have altered the eMMA cover. Her body just ends, and I would have bordered the image. But the Brubaker/Phillips Fatale covers have the same look, so my cover now seems hip.
Posted by Gregory at 11:26 AM No comments: