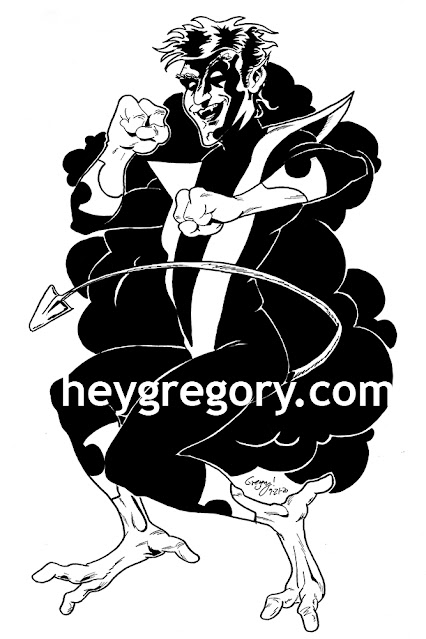 And this one turned out right nice. 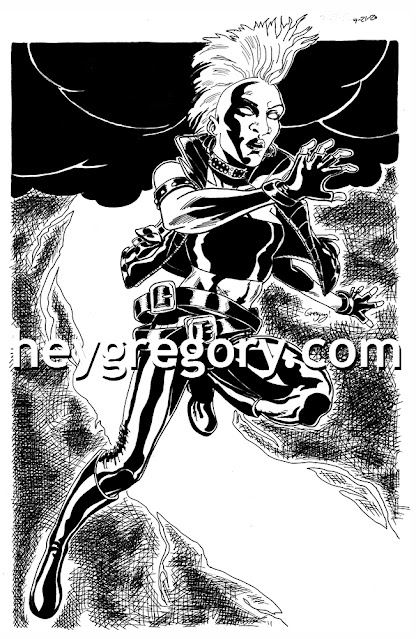 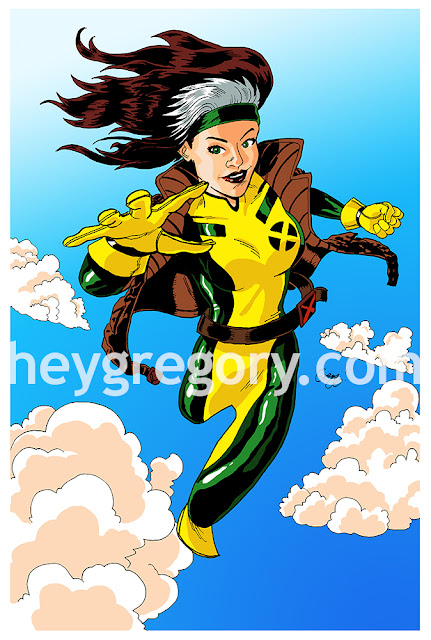 Drawing me some X-men for a week or so, and here's the first two. 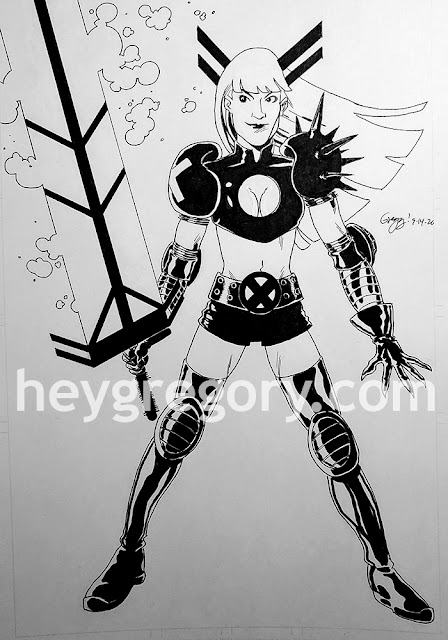 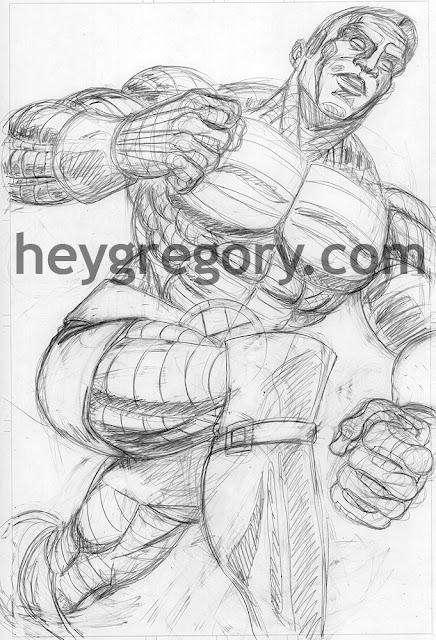 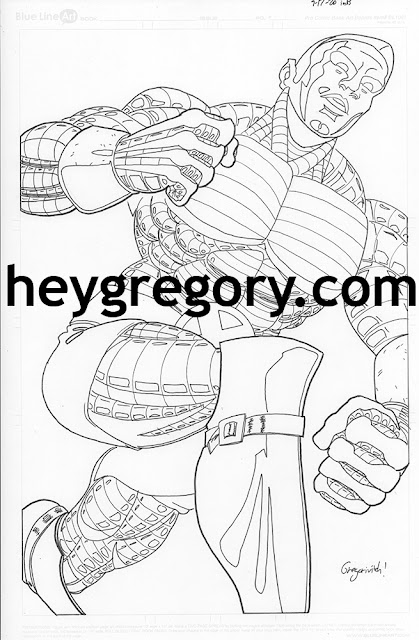 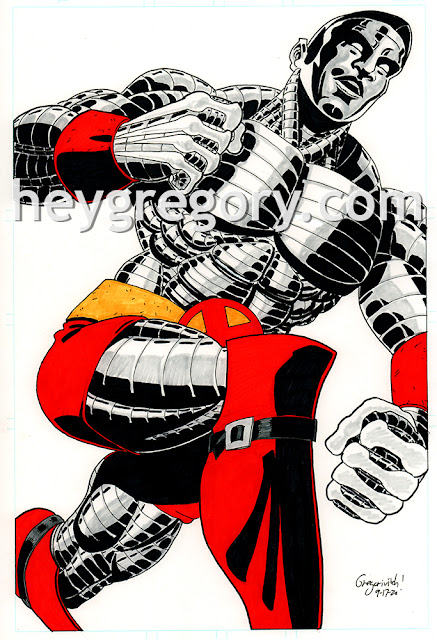 Posted by Gregory at 7:40 PM No comments:

My son and I and I cosplayed as Littlefinger and Tommen at Dragoncon, and he will not abide by their deaths (He knows very little details of the series, just basic plot points as filtered by Mom and Dad. Honest. He’s ten.). He's writing a Game of Thrones fanfic to bring them back, enlisting You Know Who. He asked for a cover. I can do that.

I thought I finished the pencils, but he asked for a dragon. Right at the last second too. I made a new bottom edge on the pencils, measured the amount I “cut away.” and added that same amount of new board at the top. I could then add his dragon and keep my original art dimensions.

I started off with some Alan Davis cover style sketches. He does great "standing people" compositions. 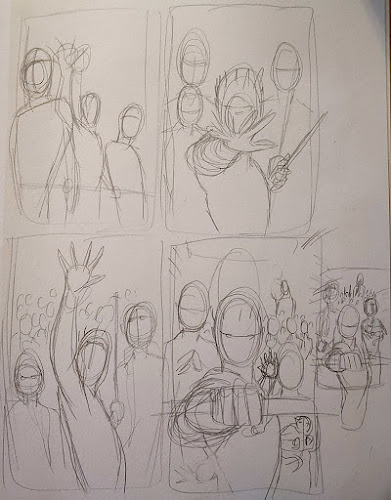 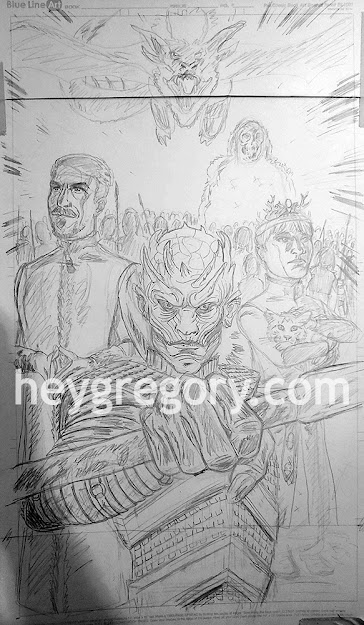 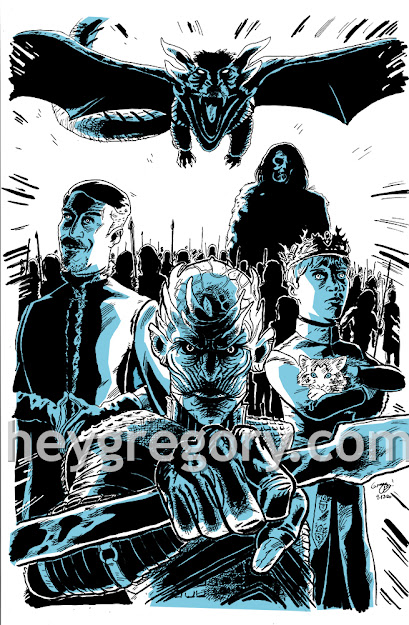 Posted by Gregory at 2:45 PM No comments:

I wasn't a big fan of the character until recent runs by some big-time creators. Jason Aaron, Donny Cates, Mark Waid, Kev Walker, Chris Bachalo -- these are names that lure you in.

They did some big fun work with small tweaks. Magic has a cost, but Strange figured out how to cheat that. Strange has to make a deal with the devil to save a life, but he regains his fine motor skills. A ghost dog. Librarian interns. An assistant who can only ask one hero-related question a day. Fun comics stuff.

So I drew the dude. Still getting the hang of markers. 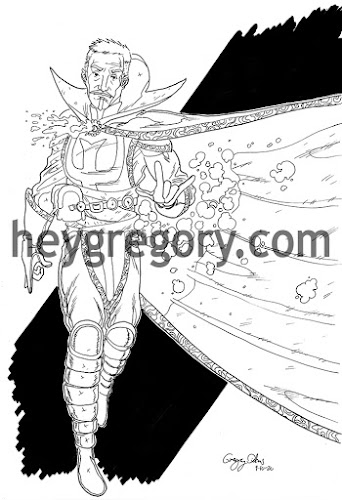 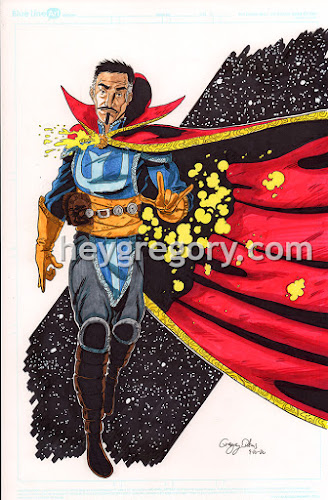 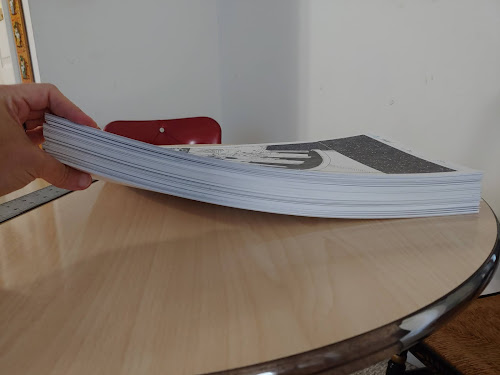 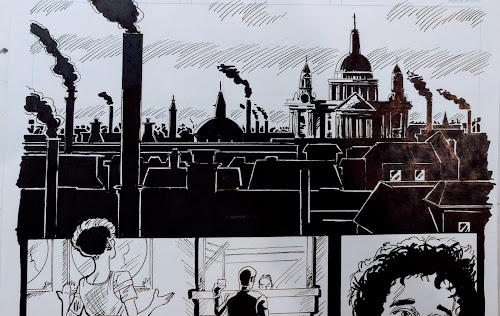 Posted by Gregory at 9:05 AM No comments: