My son and I make a date each week to watch All Elite Wrestling Dynamite. Usually it's Thursday after school. It's a fun show. We howl often. They have a sharp roster of performers, able to work comedy and conflict equally.

My son is ten so the boldest characters catch his eye first. Darby Allin, the Ghost Rider with a skateboard? Yeah, that's his favorite. Me, I'm a simple man. I like luchadores and terrible lizards, and by God there's a guy named Luchasaurus. Yes. YES.

He's seven feet tall and does standing backflips while wearing a dinosaur mask.

I had to draw him.

I'm still learning this new tablet, so I drew the pencils on paper, took a photo, and inked it digitally. 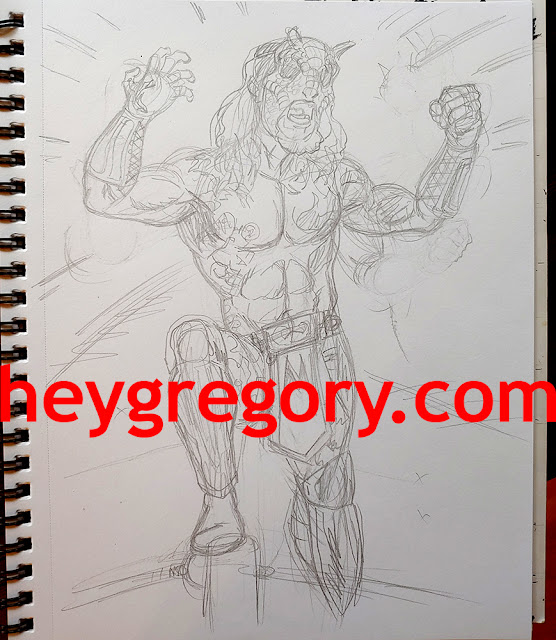 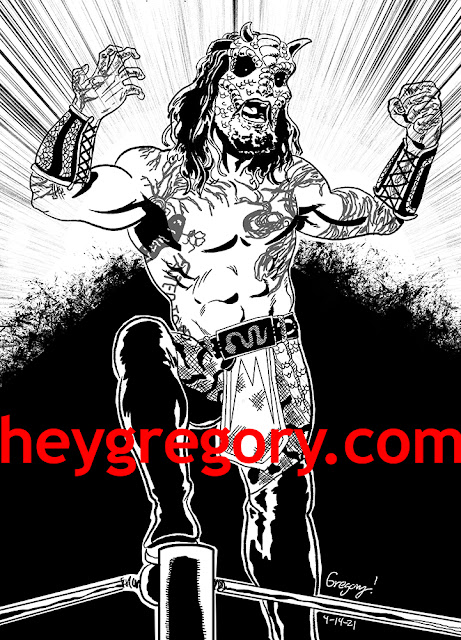