Kit is my favorite Jedi. Not so much for his prequel appearances, but for Clone Wars. There's an episode where he goes Groundskeeper Willie and strips to the waist for underwater action. It's a happy, brazen act for a group of people who are usually neither. He has personality. I rooted for him, even though he [spoiler] died in the blink of an eye against Palpatine. 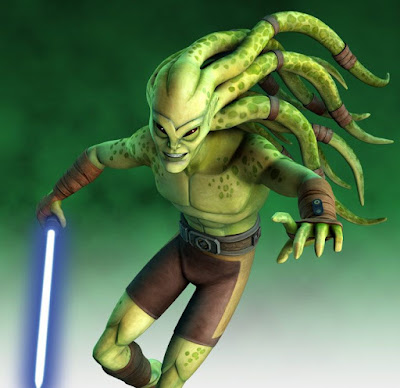 I'm still working with the Wacom tablet, trying to learn digital inking and thinking in terms of painting. It's not like a coloring book, but that's where my brain is currently.

I sketched out our boy on paper and took a photo. 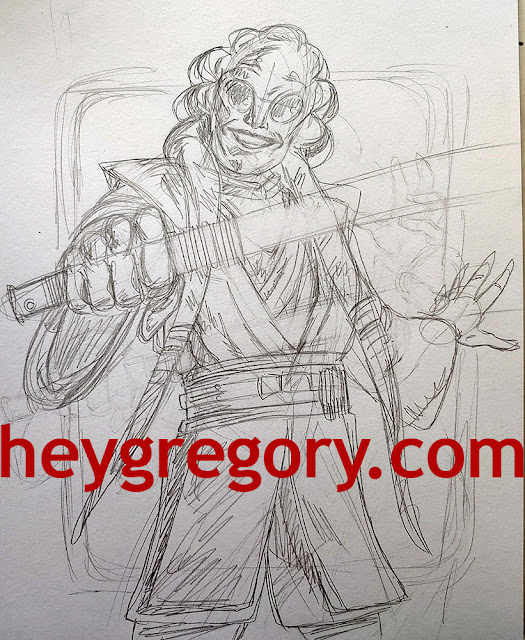 I downloaded the picture and inked it digitally. That let me make the background shapes in Illustrator and import them to Photoshop and I created the lightsaber hilt in the latter program too. The hilt was created on a separate layer, and I erased its lines to look like it was inside the hand. 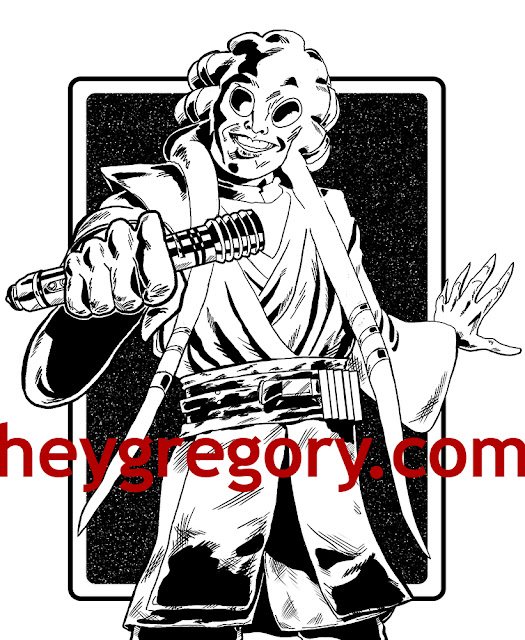 And then I color doodled with brushes and opacity. I needed a background behind the stars so I grabbed the colors from Geonosis. 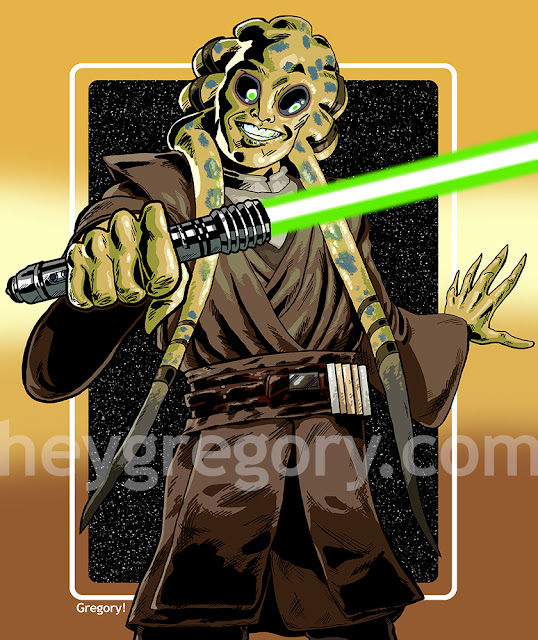