I read a lot of Clive Barker alongside my Stephen King and Lovecraft, and I was a fan of the Books of Blood anthologies. I was slightly obsessed with Cabal, later adapted as Nightbreed, and its parade of outcast monsters. It was the horror version of X-Men, guaranteeing I would be all over it.

Hellrasier was a fine horror franchise alongside Nightmare On Elm Street or Phantasm. The Cenobites were fascinating as a subclass of demons, middle managers of Hell, slightly bored with the jobs at which they excel. The first two films remain nice dark horror films with as much atmosphere and suspense as gore. Marvel published a fine spin-off series about the Cenobites and those who stumble upon the puzzle box that summons them. 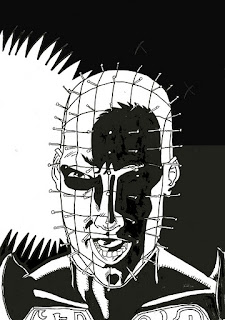