Zapow, the pop culture art gallery in Asheville, is holding a Wizarding World theme show on March 24, and I worked up some art for it.

The Deputy and I are reading Order of the Phoenix, and I wanted to make a piece with Harry and Sirius. I hate Black's departure from the series, and this is my way of immortalizing him while he's still alive and defiant, blasting Death Eaters alongside his godson.

We have Harry Potter costumes for conventions, and we dusted them off for the reference photo. 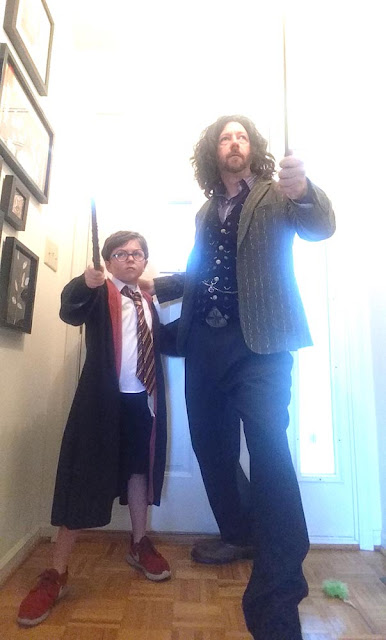 Problem is, my guy can't quite match the way Harry looks in that book. He's too young, too small. But I got him in the photo for some father-son fun time, and then worked up the sketch with the appropriate Harry. 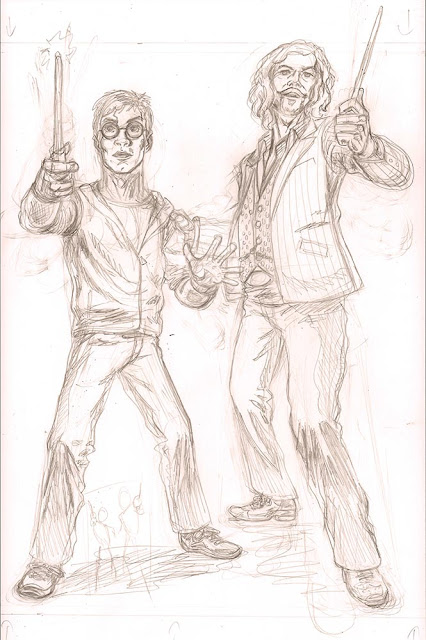 I drew the background item -- The Veil -- on a separate board. I then scanned in both pieces and smooshed them together with the proper angles. I also added the translucent mist within the archway. 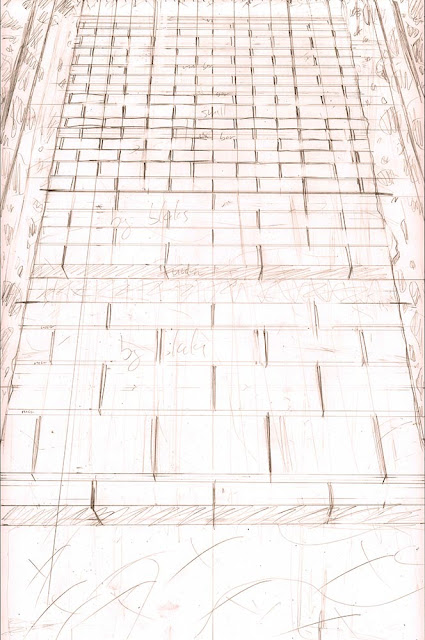 Then I printed the final image and lightboxed it to a third board. Then I inked over that. 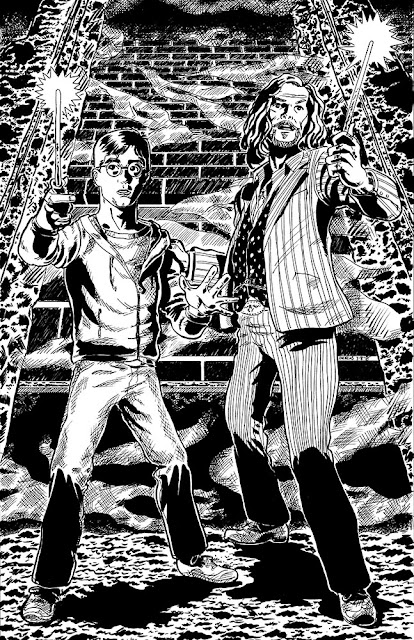 Then I scanned the inks and colored them. I removed the hatch lines from the mist and used brushes and blurring to build them in Photoshop. 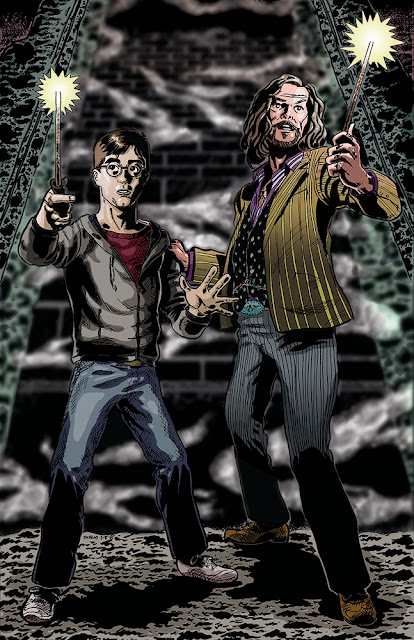 I'll have prints of this for the March 24-25 SC Comicon and right here!