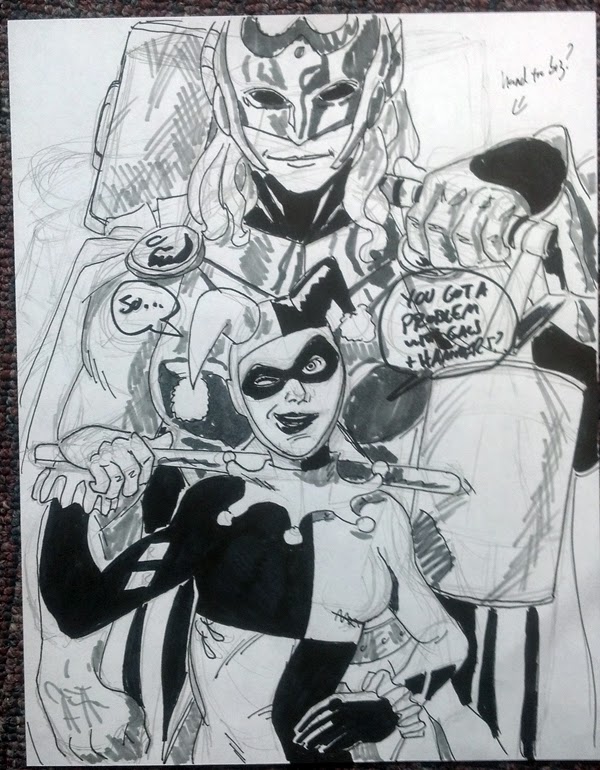 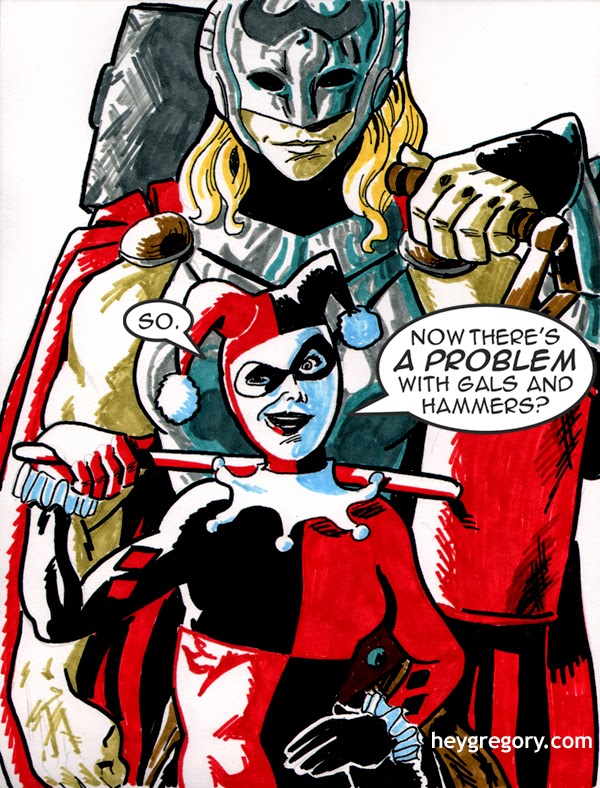 This was the first drawing suggested by my four-year-old, and it was indirect.

He was cleaning his room when he picked up a Harley figure and her hammer. He said "her hammer makes her like Thor." This was just a few days after Marvel announced the new female Thor, and he has no idea about it, but the idea hit me like a firecracker.

I worked up a sketch in gray markers and Sharpies, lightboxed it, and redrew it with Bic markers. Then it was lettered in Illustrator.
Posted by Gregory at 8:52 AM