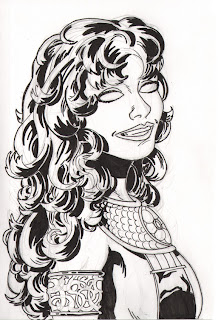 Next time: action poses!
Posted by Gregory at 7:05 AM