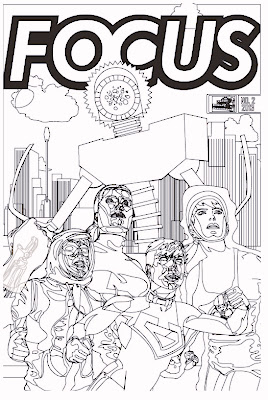 There are more heroes inside the comic, but the cover figures are the heavy hitters for this issue: three gals and a middle-school boy. There are a billion angry loner guy comics out there, and they make my eyes gloss over.
Posted by Gregory at 1:36 PM