Lego Batman is the best Batman movie, and I say that as a 47-year-old who adored the Keaton and Bale movies. Saw the first Keaton film in the summer of '89 and was astonished to see it for sale on VHS that same Christmas for under $20. That was unheard of at the time. The window from theatrical release to home release was much, much longer, and you might pay $90 for a new videotape. I worked at Wal-Mart; Hunt for Red October was $88. And people bought it.

Lego Batman tells you in the first 20 minutes that all the previous Batman films happened, and for that alone, it earns top stars. As dark and somber and perpetually clenched as he has been since the '90s, his history is full of magic and goofiness and winks to the camera, and we have to celebrate that for a franchise built around a man who wears bat ears.

I wish we could get a full-length comic adapting the Lego Batman movie in the traditional comic style and tell that story word for word with people and not block toys. I would buy that immediately. I would DRAW that immediately. Like I did here. 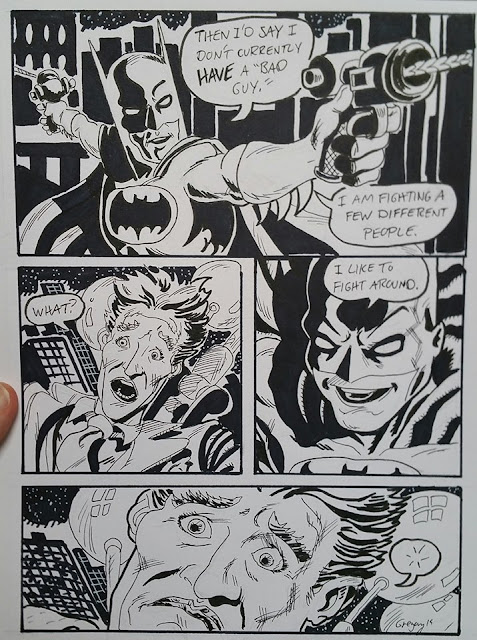