I'm glad I took notes, because the weekend was a blur.

I live relatively close to show, so I left home Saturday morning at 7 and arrived with about 90 minutes before the con opened. That gave me just enough time to set up my table (which I think now has too much on it; maybe I should cut back). The show had a soft open at 10 -- meaning there was no countdown or announcement to the table folk -- but that day was crammed with people. Denting the stereotype again, cosplayers bought my meager offerings, making up perhaps half my weekend's sales. Tip of the fez/cowl to you guys.

The Jeremy Dale Memorial drink and draw was huge, moving from a local microbrewery to the Hilton. I got to share table space and art supplies with people who actually know what they're doing, and we cranked out drawings while listening to '80s music. I picked up a sweet Andrew Robinson Beatles sketch too, capping a pretty strong day.

Sunday was slower, but that was inevitable given Saturday's crush. Still, it was steady, and the late afternoon sales scrubbed my original plans to close up shop early. I still got home in time to make dinner, read to The Deputy and watch Walking Dead.

This is only the third year for the convention, and it's already a big show. The turnout for the first year proved that the Upstate of South Carolina wanted a pop culture convention, and SC Comicon delivers. I saw lots of families with parents wearing as many costumes as their kids.

My next event is at Tangled Web for Free Comic Book Day on May 7, right after Civil War comes out. A big weekend indeed. 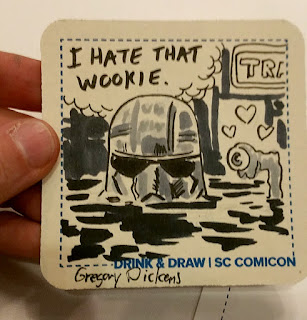 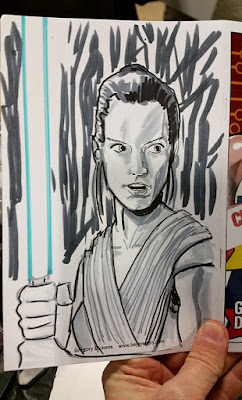 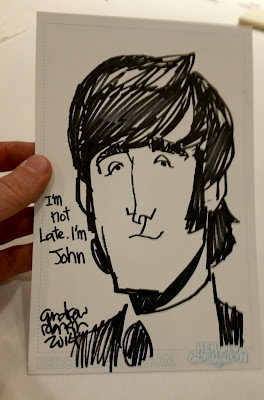 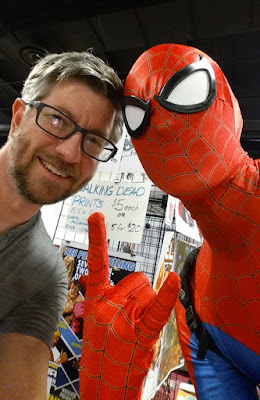 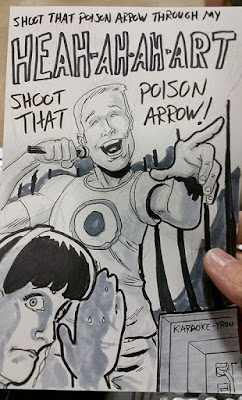 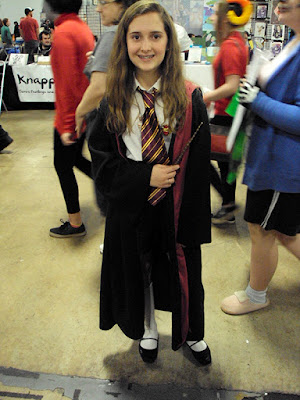 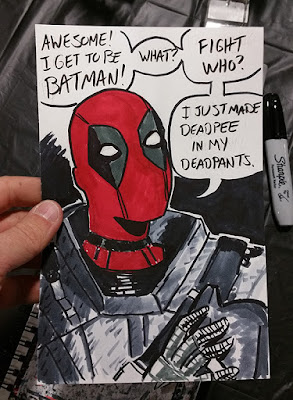 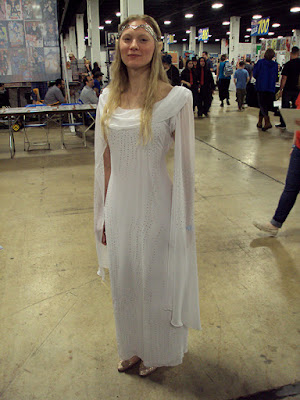 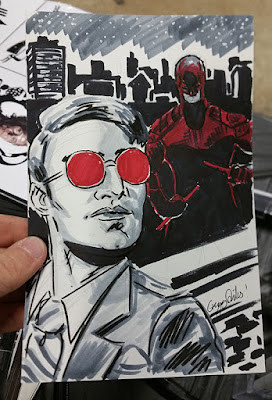 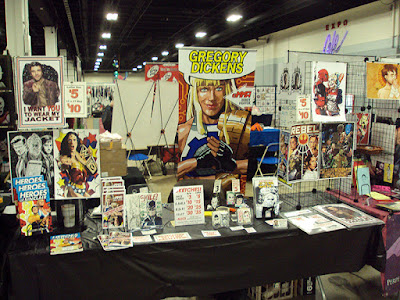 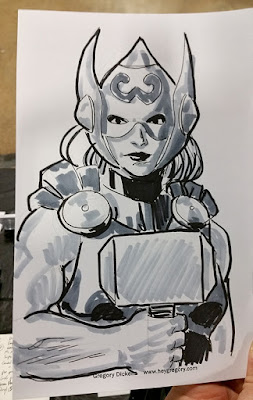 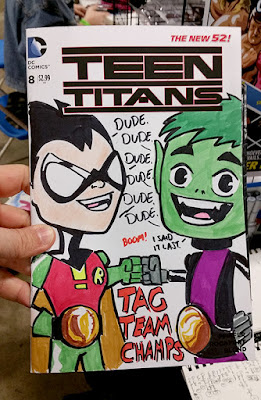 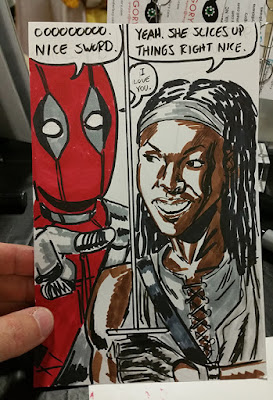 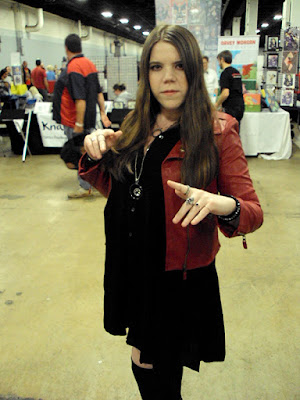 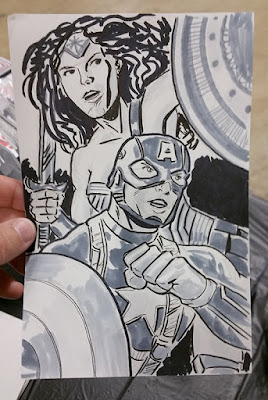