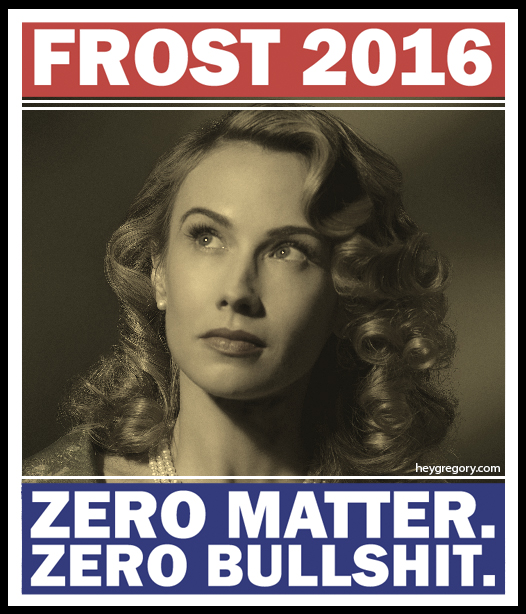 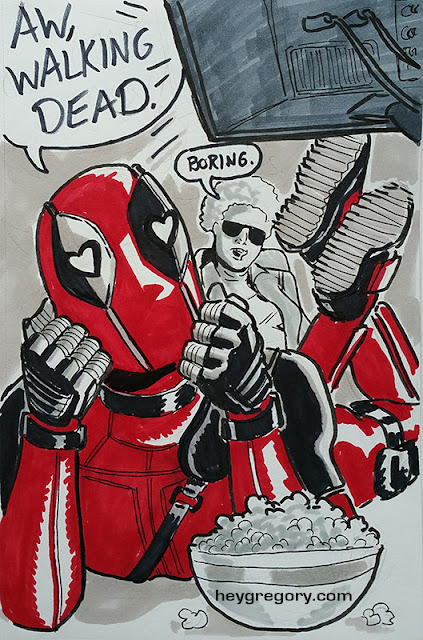 After this weekend's Walking Dead, it made sense Deadpool would love it. It has guns and swords and flying body parts. Some were flying around last night that were still attached to living people.
Posted by Gregory at 12:35 PM