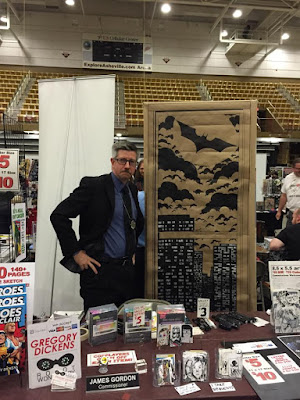 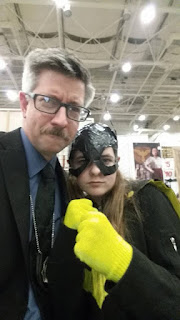 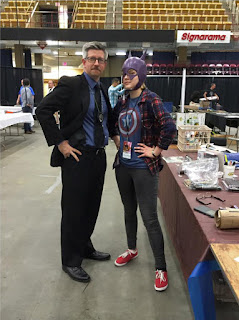 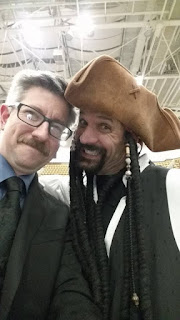 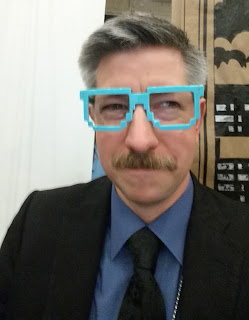 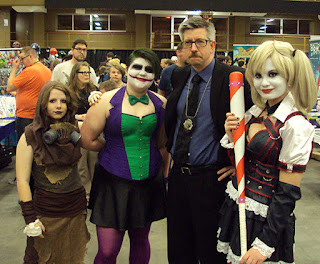 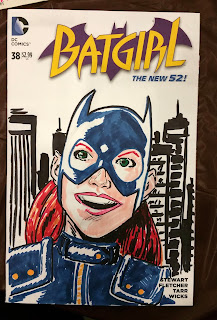 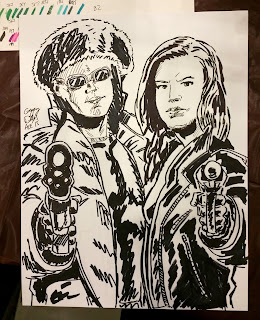 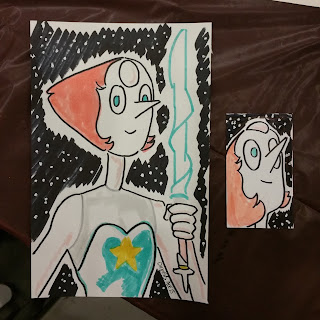 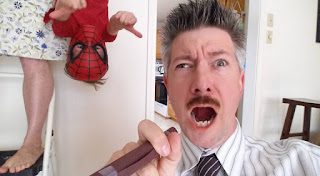 The Asheville Comic Expo flew by. It felt like I set up, drew for a few hours, and took the table back down. It was non-stop for seven hours. Amazing. Lots of families, lots of costumes. Looks like everyone had a great time. I was behind my table the whole show except for brief photo opportunities, powered by Snickers bars and water.

I did not draw nor sell one Deadpool, and that might be a first. On the other hand, Steven Universe was the big winner. I drew Pearl at least three times, and I sold a pre-made Garnet card.

If I didn't write this stuff down, I would remember nothing. This doesn't include prints, which sold well. This is a show where people shop, even cosplayers, which erodes the stereotype that they don't buy anything.

This is the first time I worked a show in costume, and it went well. Someone in passing said I should try being J Jonah Jameson, and I shrugged it off until I mentioned it to my wife. She gave me the look that says “you know ... maybe.” Before shaving off the Gordon ‘stache, I trimmed it and painted it with acrylics, and, yeah, it was there. So we got my son in his Spidey mask and took some pictures. Now he wants to do this for Halloween, and I figure I’ll follow him house to house and loudly call him a menace the whole night.

This is always a great show. Next up: NC Comicon in Durham next month.