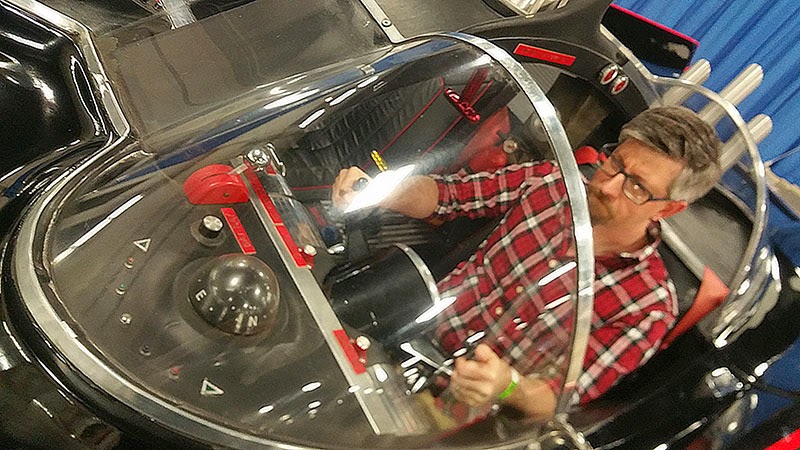 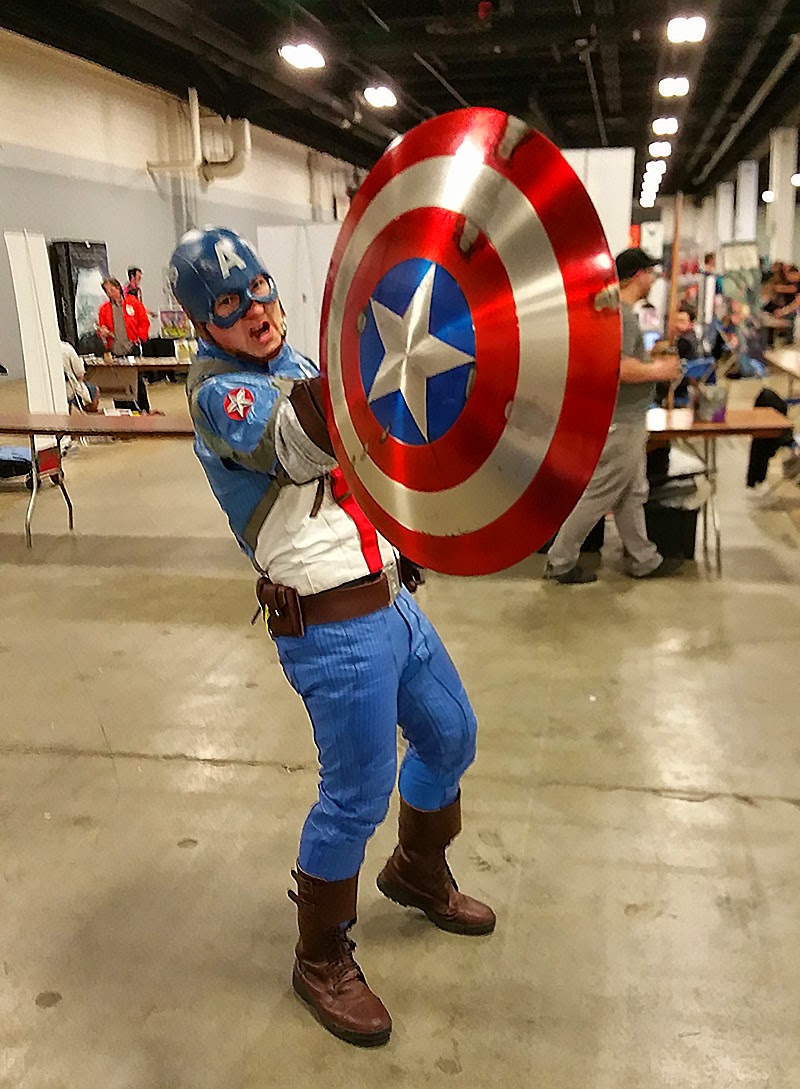 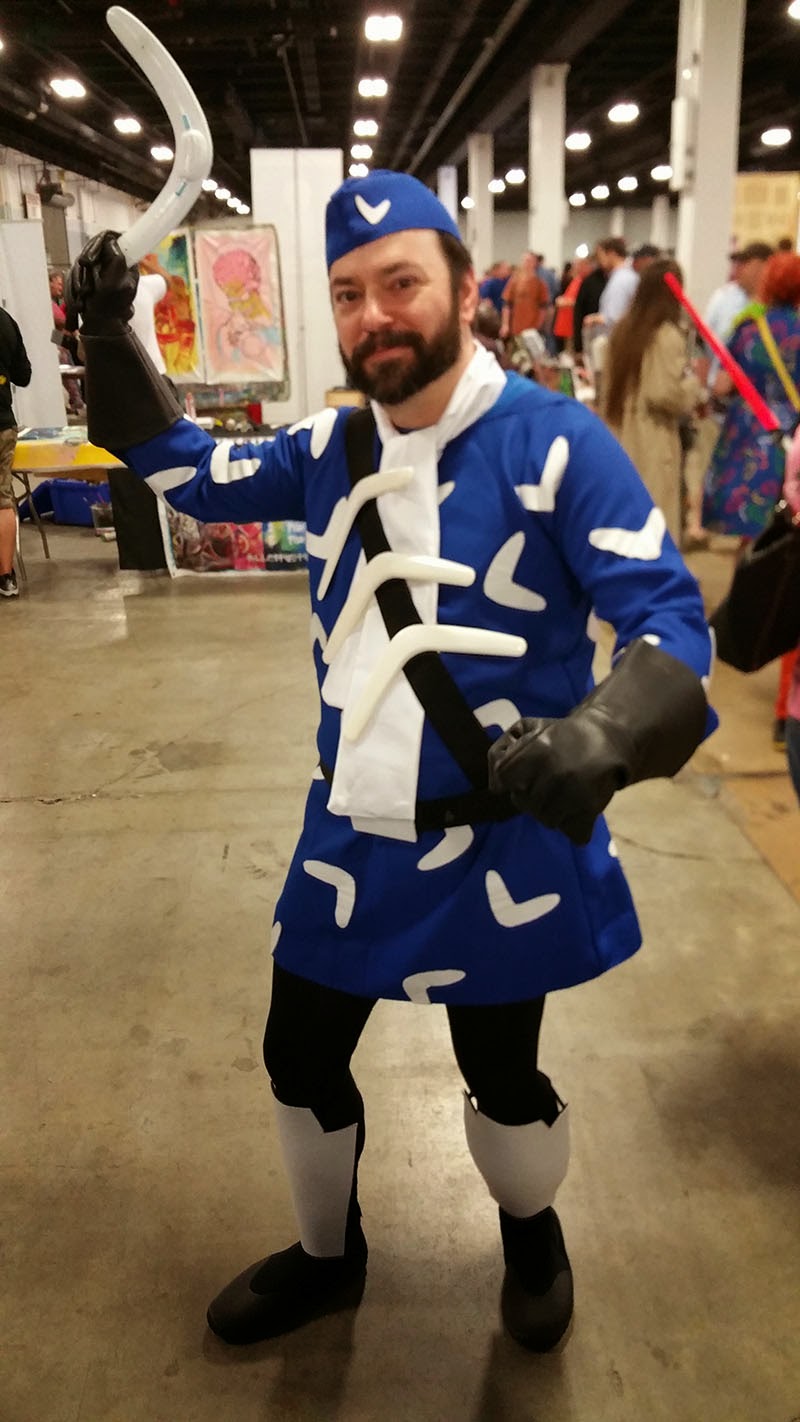 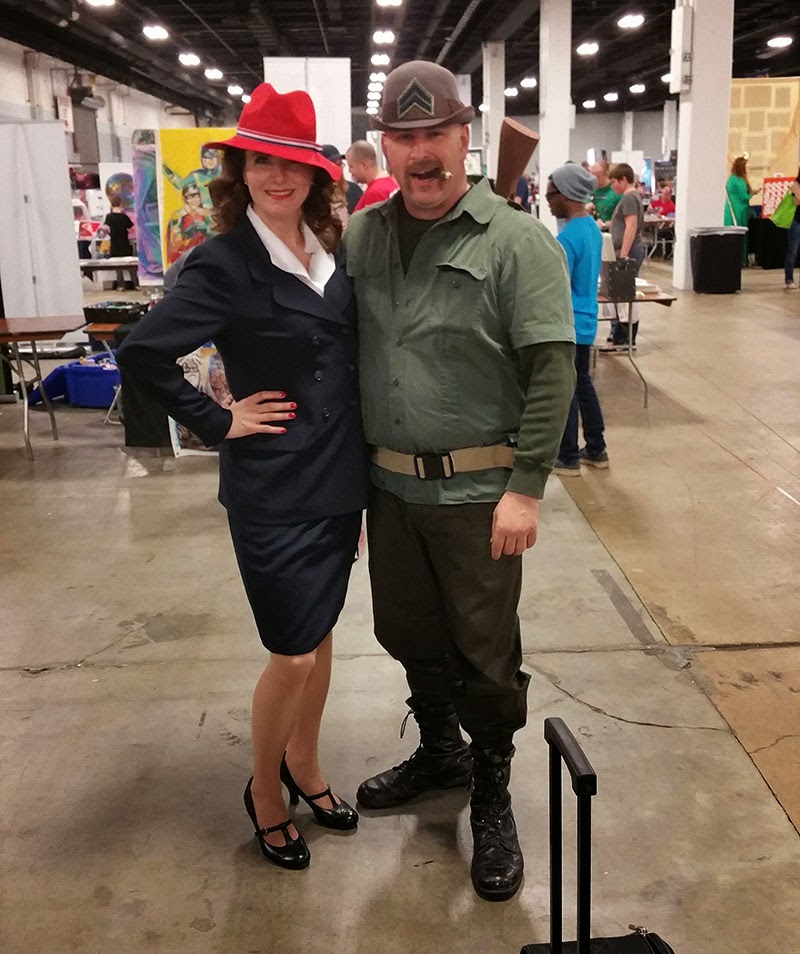 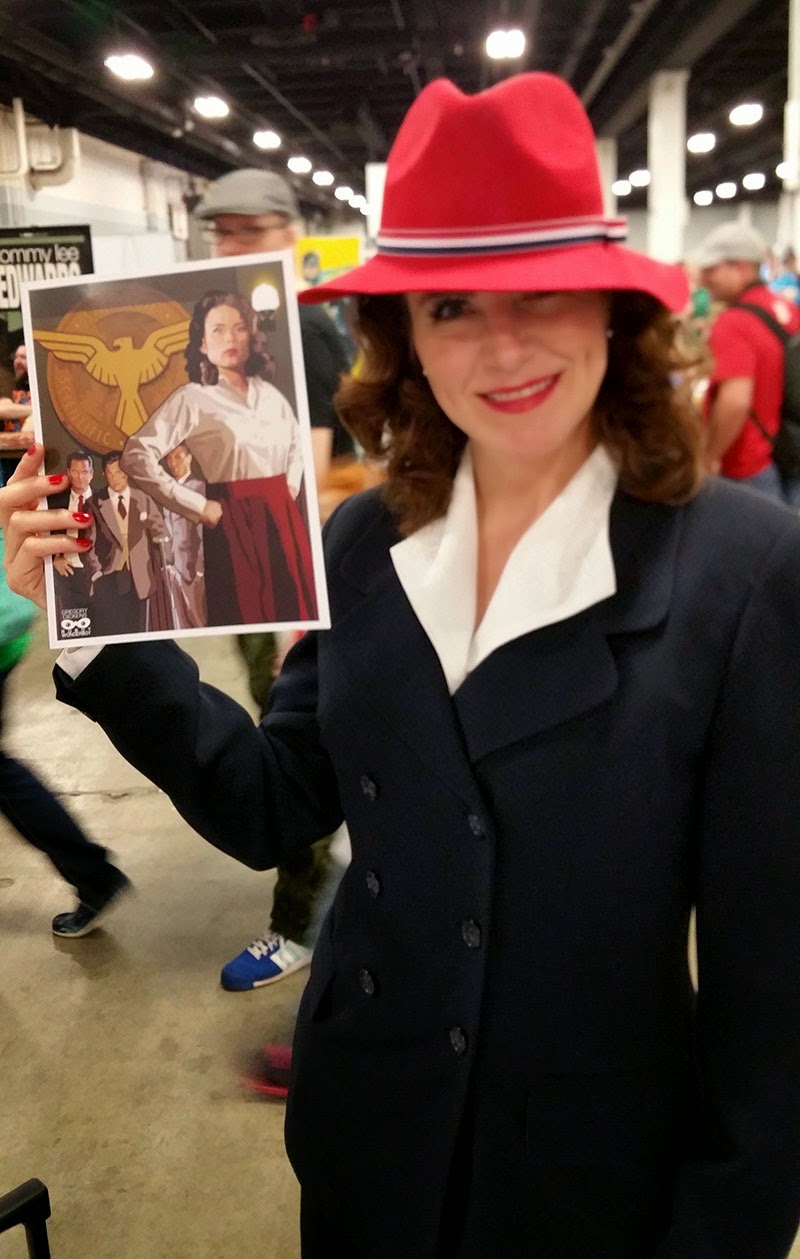 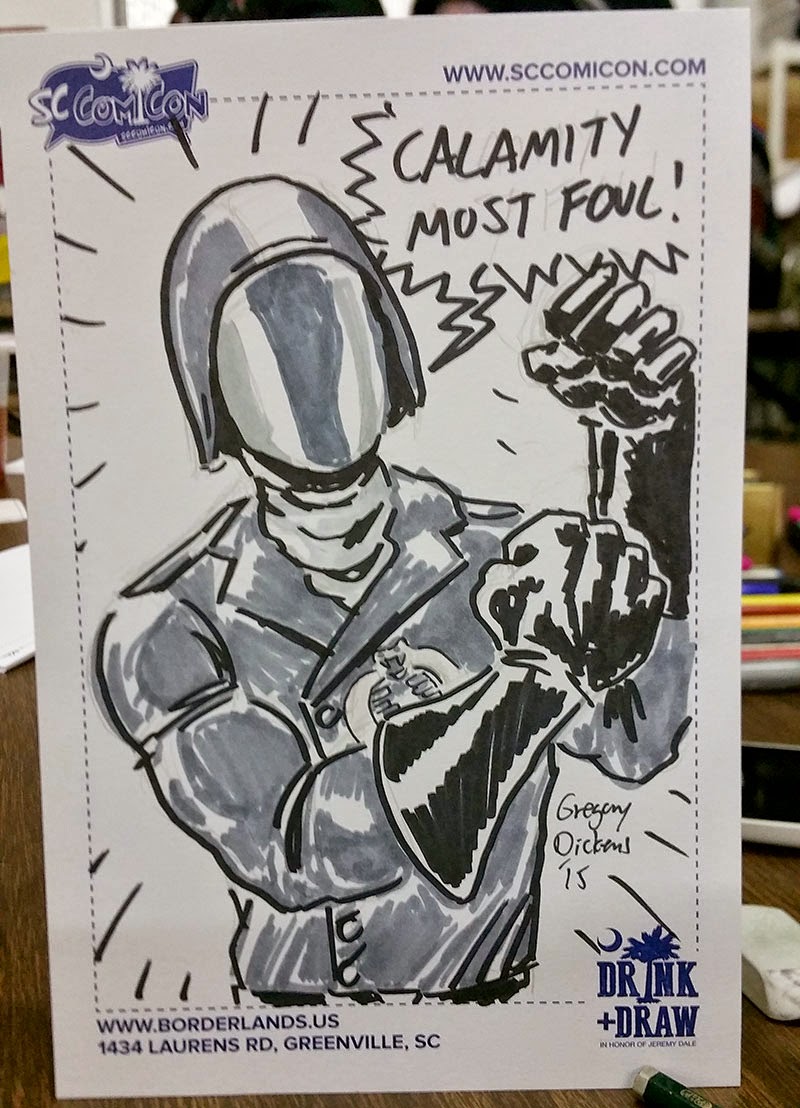 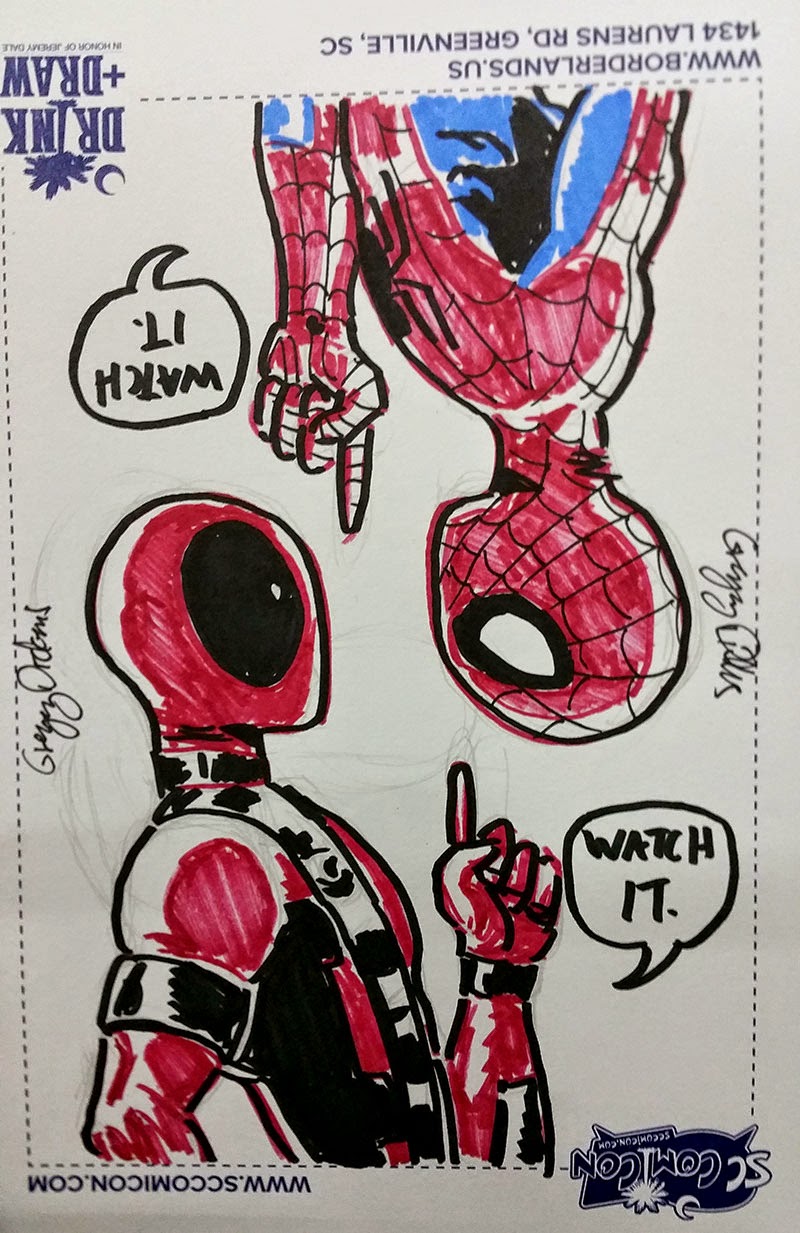 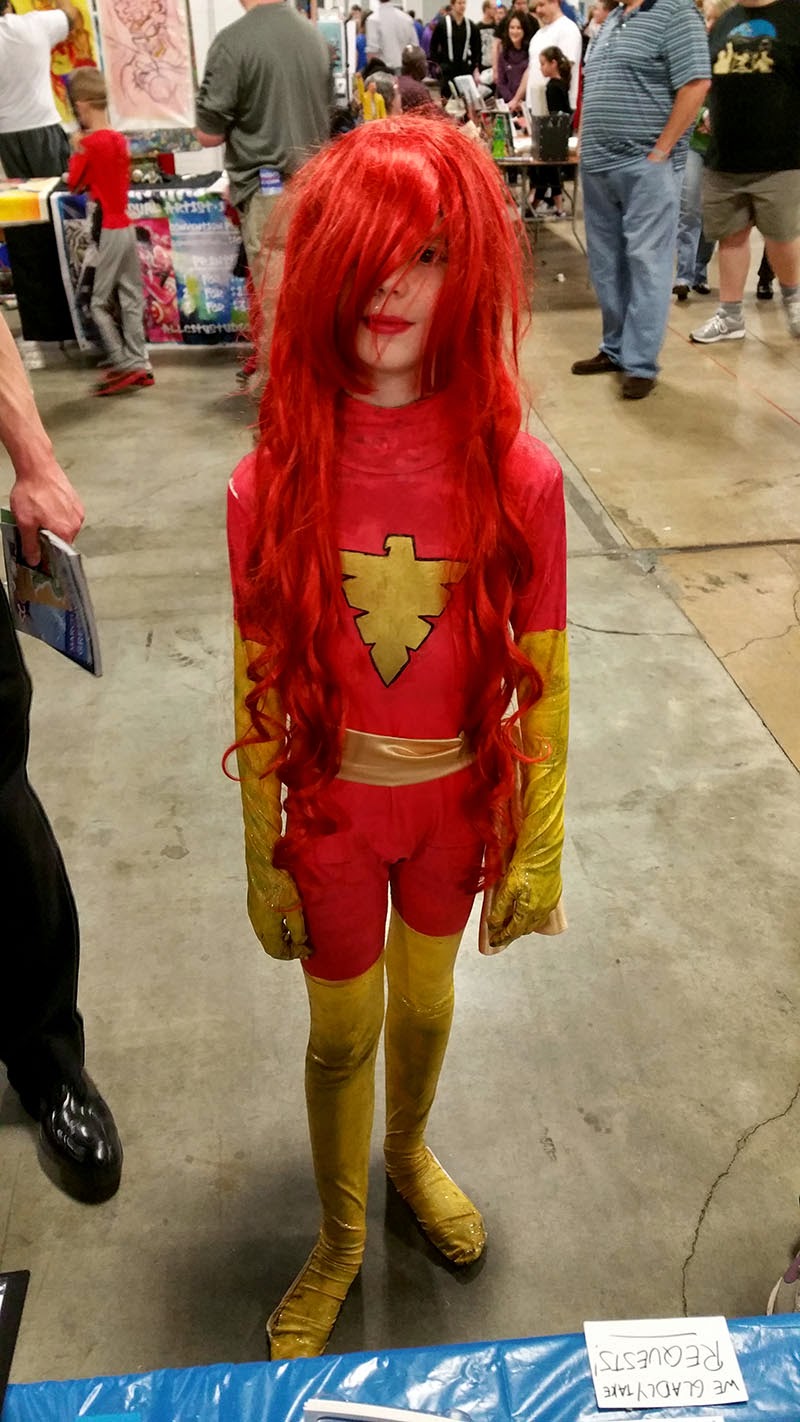 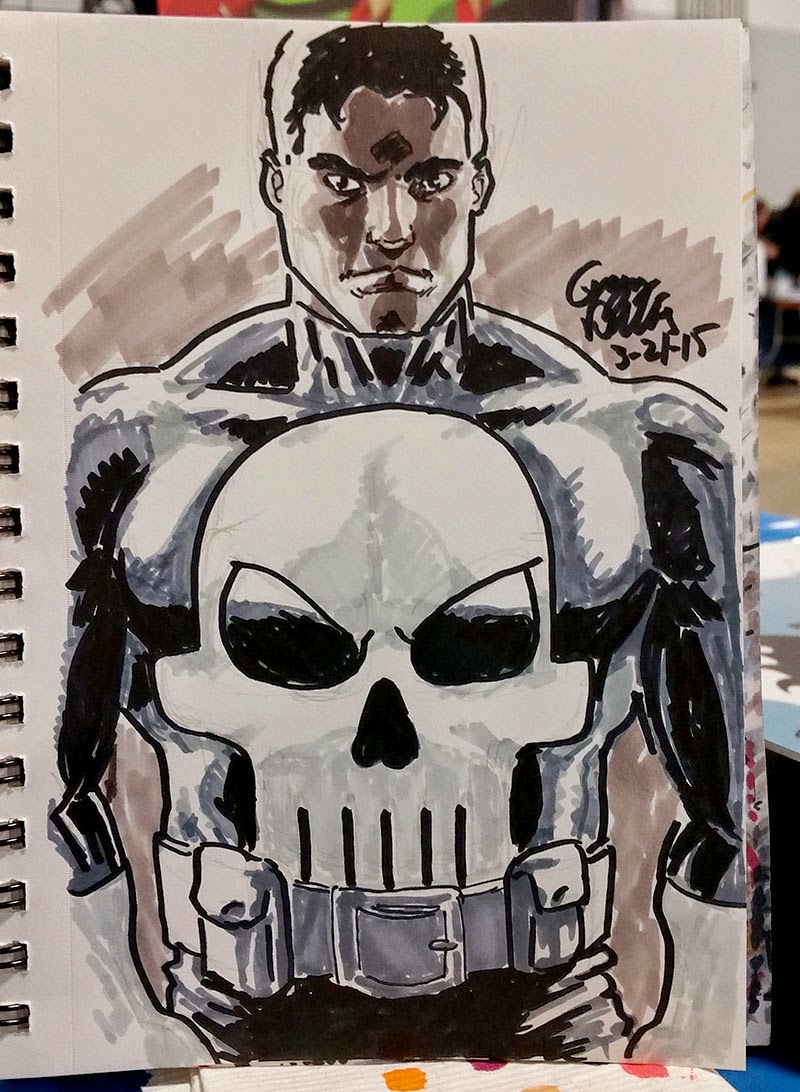 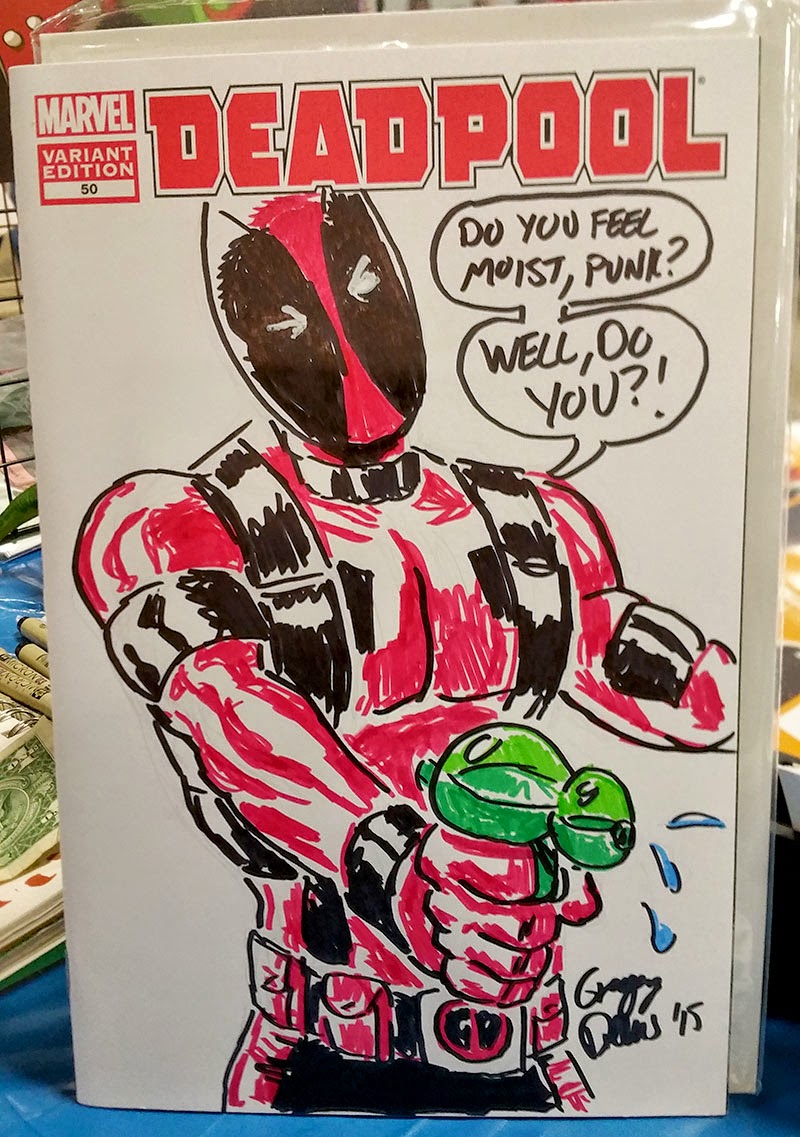 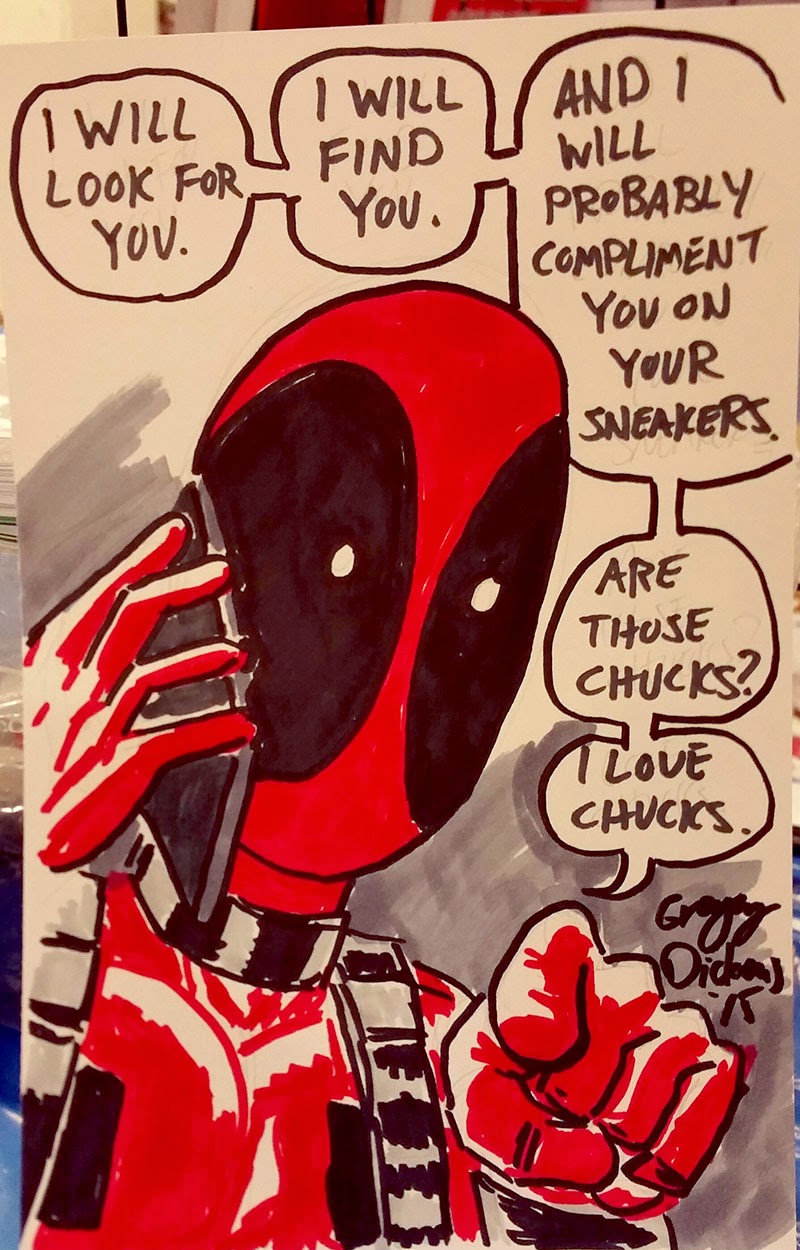 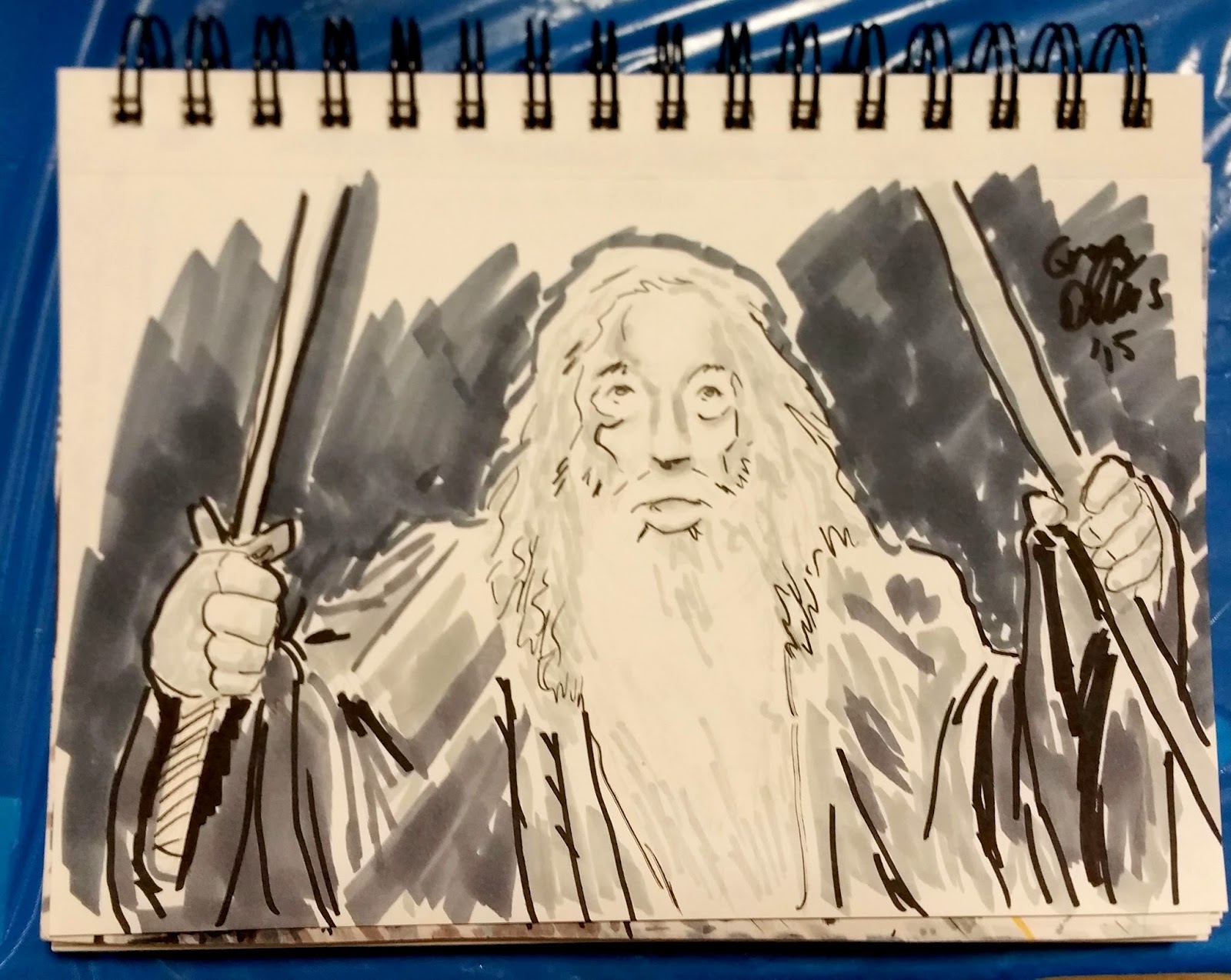 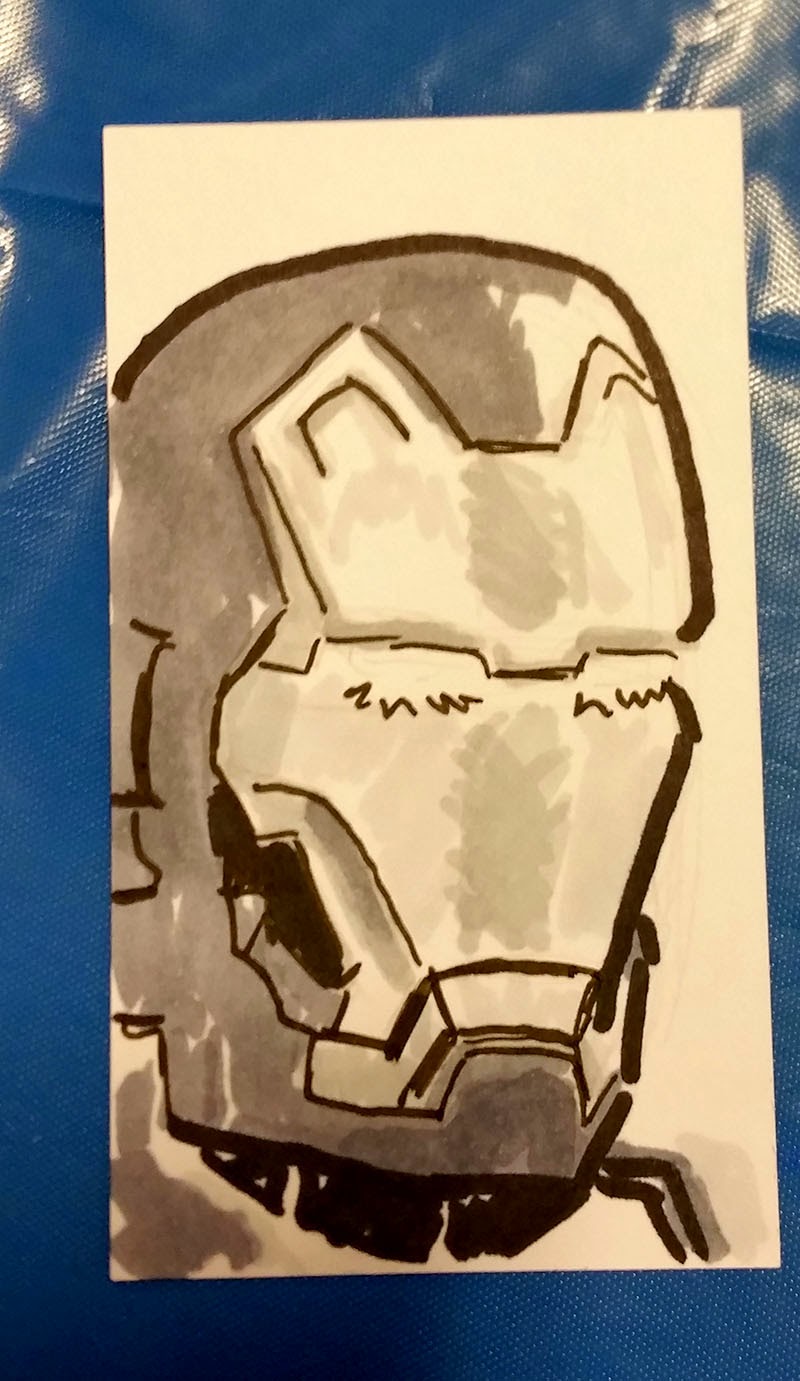 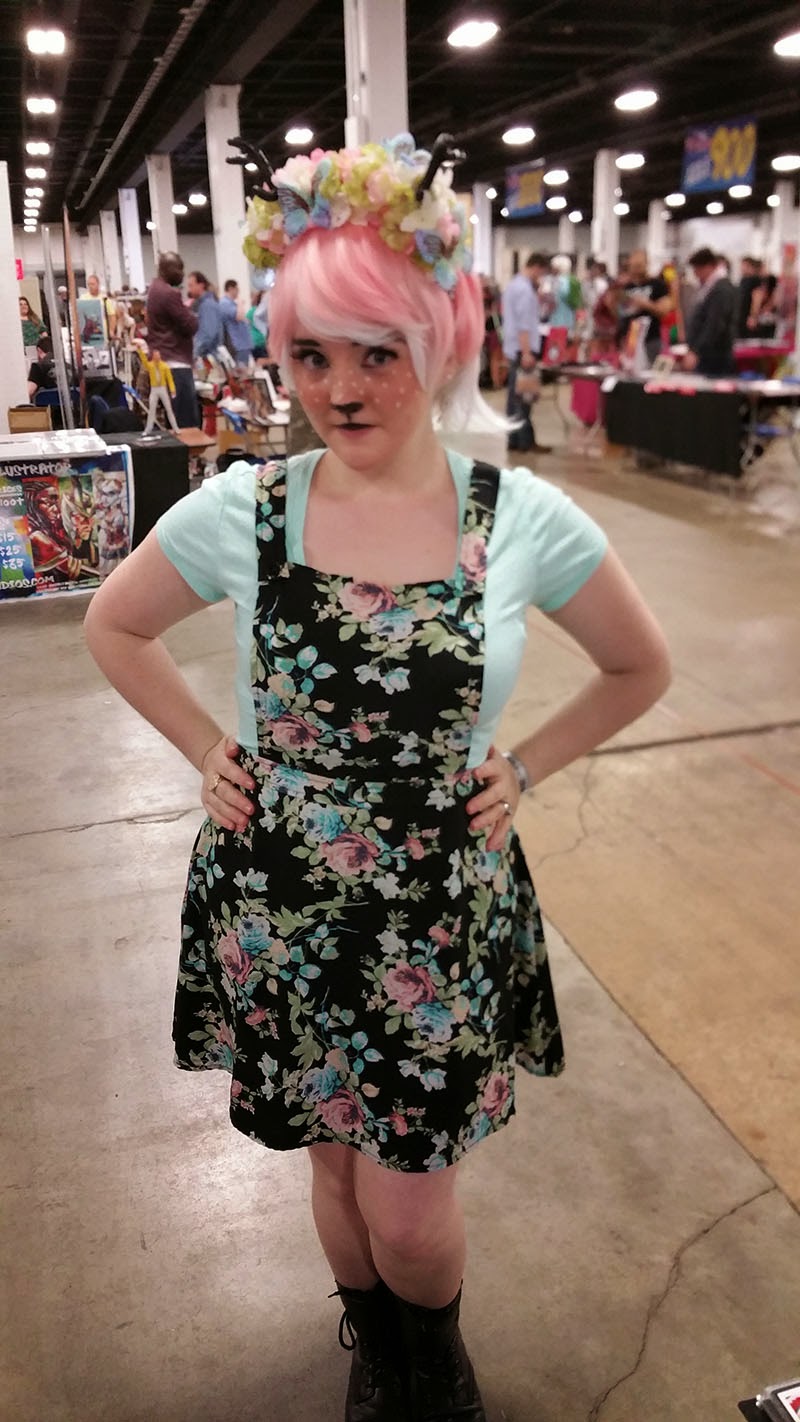 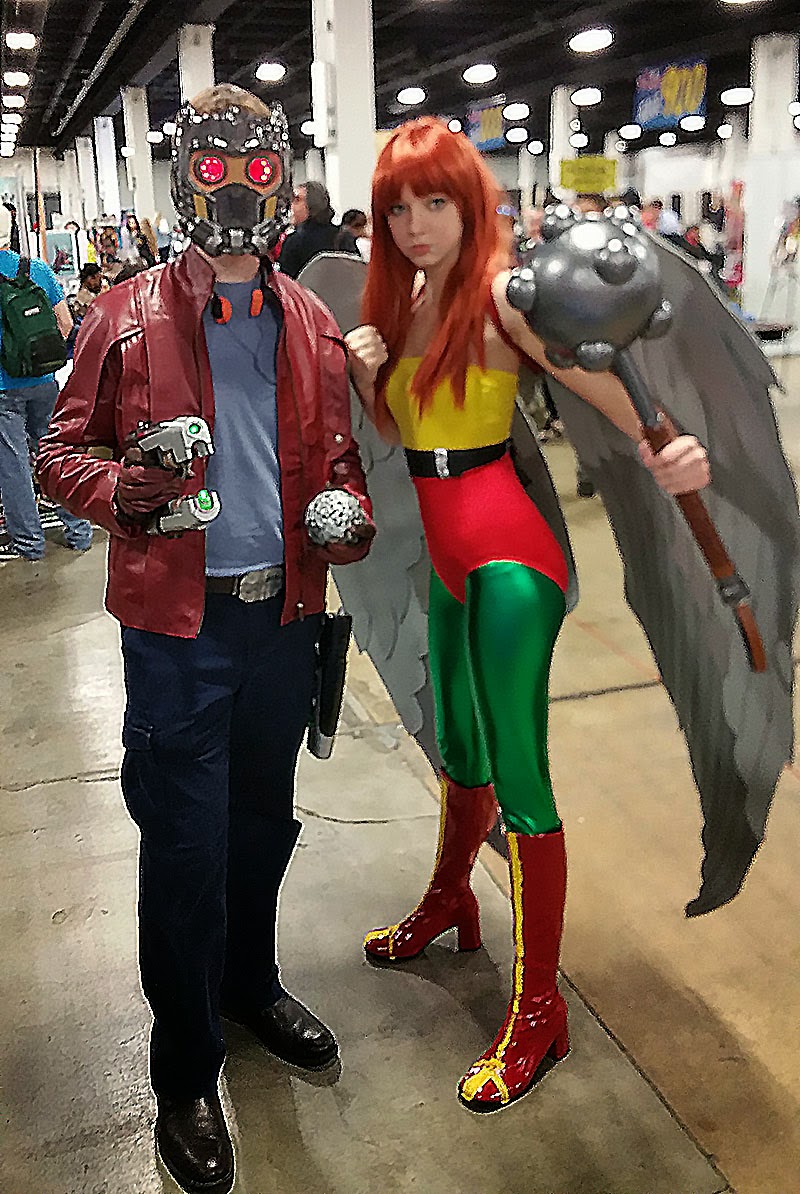 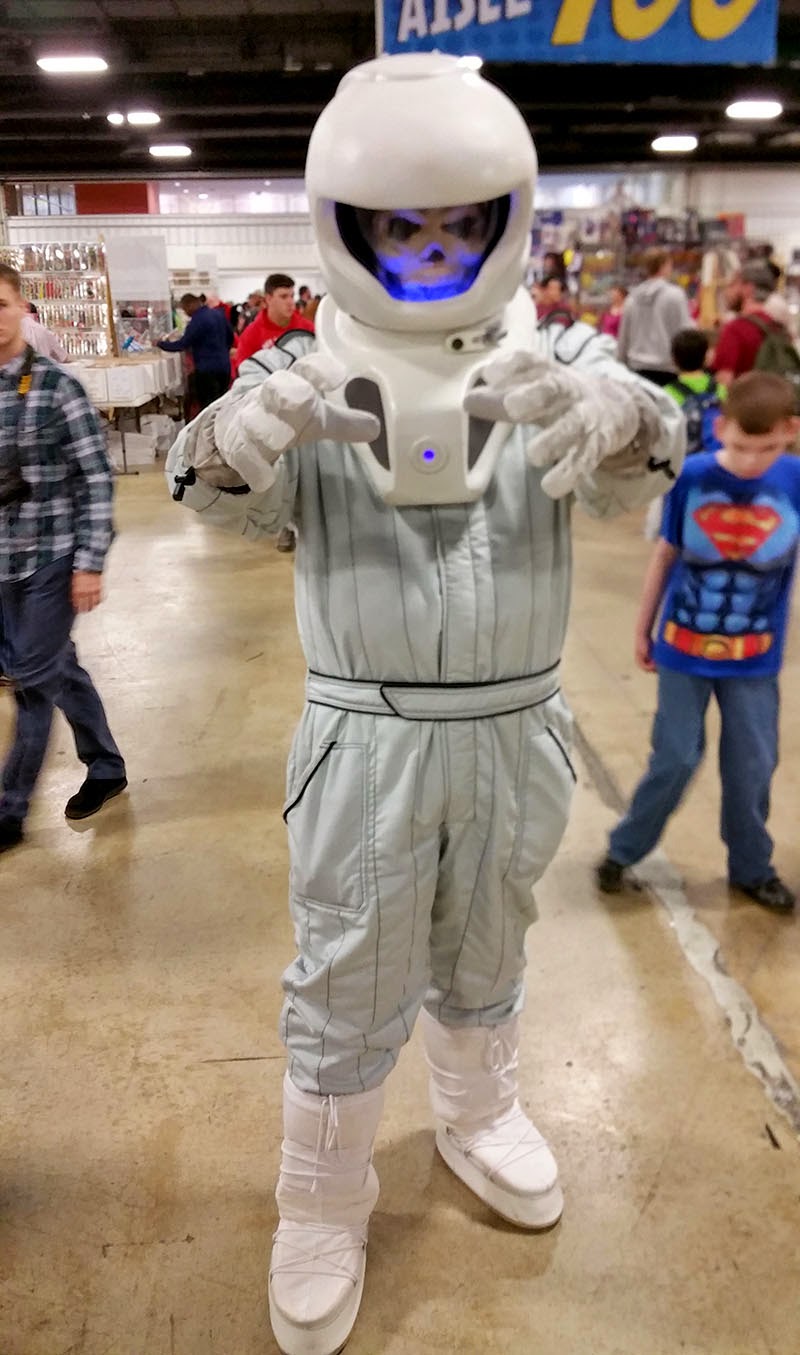 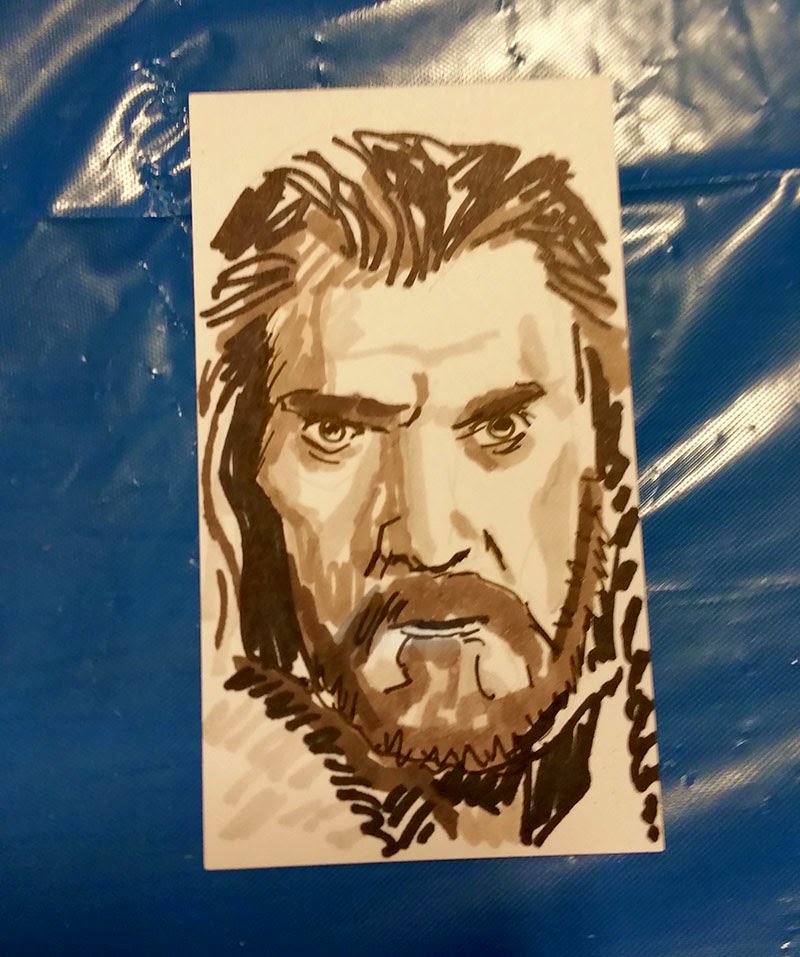 This was the second SC Comicon, and it grew exponentially since last year. We got a notion of this from the floorplan sent out to artists and vendors, but seeing it live made it clear: This is now a big honkin' show.

Once again, I partnered with Flatbear for our table, giving us a cross-pollination of convention attendees. Our styles are so distinct that there's very little redundancy and certainly no competition. I can't imagine other table partnerships having it so good.  Also, we both lose our minds over cosplay.

Speaking of which, I tried an experiment this show with an idea stolen from Marc Lombardi: Cosplay discounts. I had a sign at my table, and I included the info in my sales pitch that all costumed folks (regardless of polish or skill level) got $1 off their individual purchases. If they bought three items, they saved $3. I did this for three reasons:

1) I want to see all the costumes. I'm willing to pay you a dollar to come by and let me see them.

2) I cosplay occasionally, and I know how much money can be invested in costumes before any other convention expenses.

3) I want to prove a point. I hear often -- including this Sunday at the show -- that cosplayers don't spend money at the shows. They do, especially if they find something related to their costume. For instance, a Cinderella commissioned a Cinderella sketch. A little gal dressed as Dark Phoenix was specifically looking to buy Dark Phoenix artwork. She commissioned a sketch. Even people who are only wearing shirts for their favorite character or story will buy related items. A guy in a Friday the 13th shirt bought one of my Jason prints. Whether fans are wearing an $15 shirt or a $300 bespoke costume, they will buy stuff at a show. I had to buy extra markers Sunday morning because the Deadpools and Spider-Men killed my reds.

I find it helps to offer prints and commissions at a variety of sizes. Maybe not everyone does this, and maybe that's why they miss selling to certain convention contingents. I can't say. But I can say cosplayers buy stuff from me and have even before I started the discount.

Otherwise, it was a packed show both days, including folks who had never been in a convention. They were amazed by it all and with good reason. The show featured a wide spectrum of tables over two days.

I attended the Drink and Draw in honor of Jeremy dale, supplying meager art scrawls for the auction and buying a piece as well. It was also a packed event, a testament to Jeremy, the organizers, and those who wanted to support Hero Alliance and Team Cul de Sac. I met some fine folks.

I also bought some Lord of the Rings figures for my son who is insane for the films, and got myself a Sgt. Slaughter GI Joe figure, ending a 30+ year quest. I hobnobbed with some high-quality professionals like Chad Bowers and Meghan Hetrick. I reunited with people from my school days, including a gal I've known since second grade. I saw legions of little kids and grandparents, smiling wide-eyed. I sat in the Batmobile!

I will absolutely plan for this show in 2016. You should too.
Posted by Gregory at 8:04 AM