HEROES OF SINCLAIR is the collection of the hero comics I started in 2010. 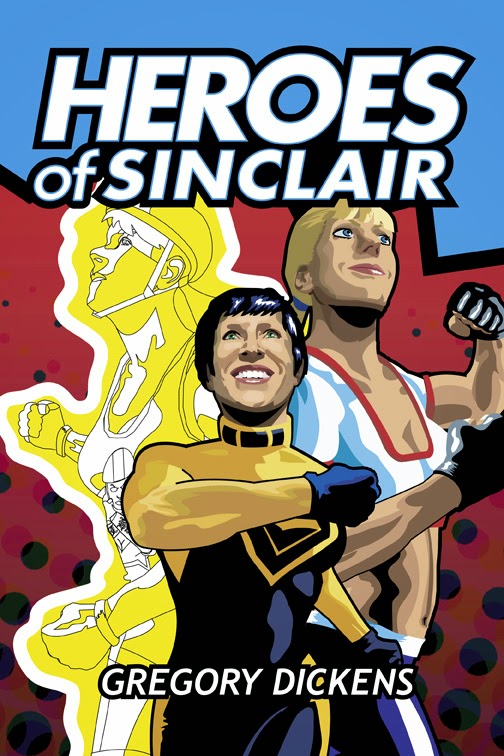 When I made the first isssue, I didn't expect it would extend much further than the back cover, but I had some ideas, and I enjoyed making the comic, and I pursued it. Now it's four years later, and it's six issues later, and it's got a forward by Pat Loika and everything. The trade features updated art and behind-the-scenes material (For instance, that's The Countess as the lead heroine on the cover.).

You can get a copy at my store site, Robot Wonderboy in print or PDF form.

I'll be over here shaking my head in amazement.
Posted by Gregory at 1:24 PM