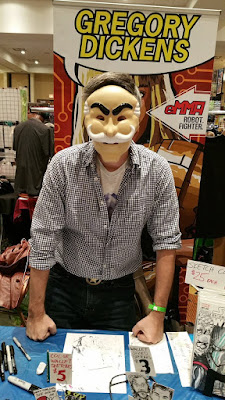 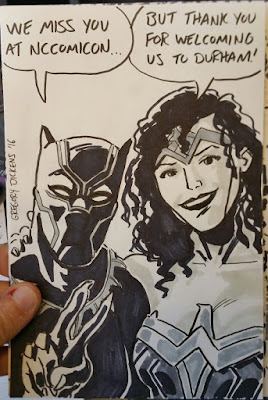 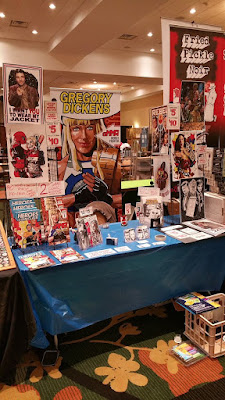 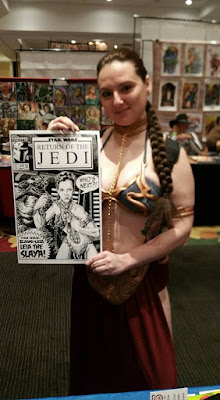 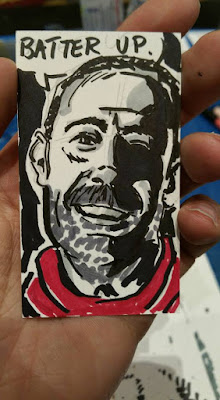 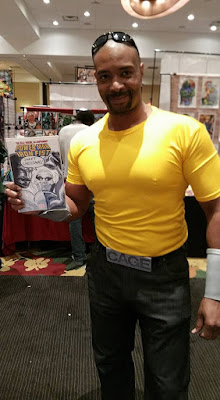 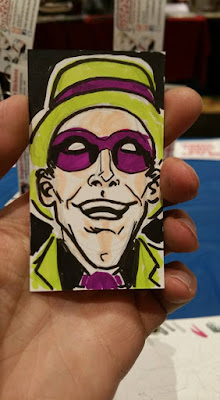 Posted by Gregory at 7:05 AM No comments: Links to this post

I'm Going to Blah-Blah About The Election

America elected a celebrity with no military or political experience to protest Washington inefficiency.

As an older, white guy, that's as simple as I can state it. But it's not that simple. We all approached this election for personal reasons.

For some of my friends, the vote was a referendum on their identities. The GOP platform certainly believes so (see page 18). Anyone who can vote for Trump in full awareness of what he said about women is giving his comments and actions full approval. There are Trump people who think he will silence Black Lives Matter. Ugly reasons helped him get here.

So as that older, white guy, I have the least to lose from his election, and there's no way to argue differently. Maybe that's why I can look ahead while so many of my friends are still in shock. Maybe I can help them find some footing. Here's what I see:

+ Trump ran against the very Congress he needs to pass any legislation. The GOP retains control, but he ran against that GOP as much as Hillary did. Out of 30 incumbent Senators running last night, 28 won. In 38 House elections, 25 incumbents won. That's 83% retention. This election wasn't a repudiation of the status quo, as he might claim. He won by the skinniest of electoral margins and lost the popular vote. He does not have the political capital (to use George W's expression) to steer Congress toward his platform ...

+ Whatever that platform is. According to his campaign since the convention, he promised to rebuild the VA, recreate the nation's infrastructure, revive the middle class, reinvent domestic manufacturing, replace Obamacare, reboot Washington, banish lobbyists, solve widespread gun violence, deport millions, beat ISIS, fix Syria, build a wall, and imprison Hillary. Basically, he wants to build a new country and apparently thinks he can do it single-handed. He's in for a surprise.

His term of office is shorter than those of the senators elected last night. He'll face re-election based on his batting average before they do, and they've proven for eight years now that they will sit on their hands if they think the president has outgrown his britches. He has to win them over ...

+ Which will require him to be something he has never been before: an effective executive. He leaves in his wake a junkyard of failed ventures. He couldn't sell steaks or vodka. His university is sued for fraud. His first Canadian effort went bankrupt just last week. He claims to support American labor while his clothing line is made overseas. He's so loathe to prove his financial stability that he didn't release his taxes. His election tanked stock futures. As a professional businessman, he's pretty bad at it.

And for the first time, he works for someone else. Us. He gets a performance review in four years. He is now, to quote my wife, The Apprentice, forced to dance for his career. This is a whole new field for him, representing a constituency. During the campaign, he repeatedly and forcefully denied his own words when called to answer for them. Let's see how the angry voter who wants to drain the swamp reacts when he hems and haws away from his manifesto.

Even a year ago, the question arose as to whether he wanted to be president or just win the election. On the campaign trail, he often said he didn't need the trouble. He's got money, he says. He's now the oldest president voted into office, topping Reagan by a year. Does he stick it out for a full term? Can he?

This election affects the perception of the presidency more than it redefines us as a nation. Anyone can successfully run for president now, including a raging misogynist who's also a shabby huckster. That vaunted office is now one degree of separation from Billy Bush and the party bus. But his victory doesn't (yet) change local and state laws. North Carolina seems to have voted out the governor who went to bat for the "bathroom bill" which so horribly rebuffed minority rights. The law cost the state business across the board for years. It's politically dangerous for other states to emulate it, and it faces a judicial smackdown.

Speaking of court desicions, Lawrence v. Texas was struck down a year before George W. was re-elected. Marriage equality and Obamacare were validated with a sitting conservative chief justice. The Supreme Court lost Scalia last year, and he was a philosophical outlier. The court isn't a Puritan tribunal just yet.

But Trump is a gut punch, I ain't gonna lie. I am not dismissing your shock. Two roads diverged in a yellow wood, and a lot of our neighbors took the low road. But this election isn't a revolution. This time, it's a literal popularity contest, and the reality TV star won. He is not an avatar for the masses. We are not Trump, and Trump is not us. He has to deliver -- something he failed to do time and time again -- when he literally promised to "make every dream you ever dreamed for your country come true." He's confidently walking to a political death by a thousand cuts. We may fear what could be, but he has to contend with what can't be.

Let this pain subside as it will. Remember it. Weaponize it. Then get steely.

Get ready.
Posted by Gregory at 12:27 PM No comments: Links to this post

I'll be at table A307, right smackdab in the middle of the artist room. I'll have copies of my trades and single issues (see Robot Wonderboy for previews) and original art and trades.

You can commission artwork now and get them at the show.

Posted by Gregory at 8:10 AM No comments: Links to this post

If you live in a county named Transylvania, Halloween is, like, a thing. The annual town costume 5k is called Flight of the Vampire, and it was my first 5k many moons ago. I dressed as Commissioner Gordon fort his year's race. 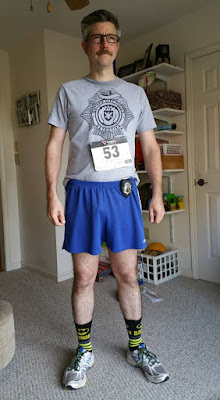 Mere hours later, I sat in on a Halloween event at Asheville's Comic Envy, offering free sketches while dressed as J Jonah Jameson. 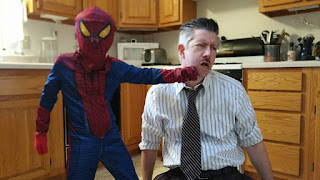 And Monday, after shaving off that despicable mustache, I went trick-or-treating with my guy as Ted Allen from Chopped. 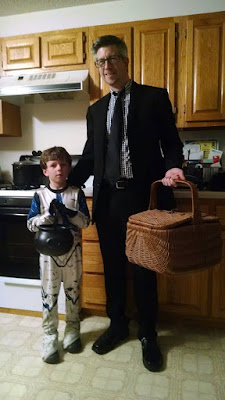 And much candy was eaten.
Posted by Gregory at 6:49 AM No comments: Links to this post